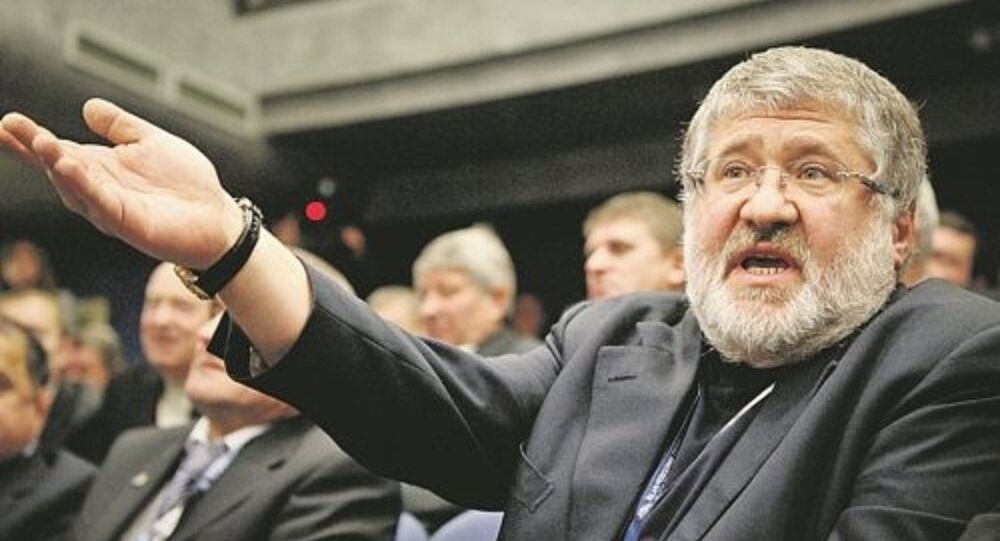 Biggest Threat to Poroshenko His Inner Circle: Kolomoiskyi on His Dismissal

Ukraine's infamous bearded Jewish billionaire explains why he is no longer governor of one of the country's key regions, and issues a stern warning to its president.

© REUTERS / Valentyn Ogirenko/Files
Oligarch Kolomoiskyi Dismissed as Dnipropetrovsk Governor - Poroshenko
Ihor Kolomoyskyi, Dnipropetrovsk's former regional governor and one of Ukraine's wealthiest oligarchs, has revealed the true reasons behind his resignation, warning the president that his major enemies are not to the east but in his inner circle, and made it look like he is still in control of the situation.

The Ukrainian oligarchs will fall victim to upcoming local elections of 2015, Kolomoiskyi told The Washington Post in his offices in Kiev, at his first interview since his resignation as the governor of Dnipropetrovsk region.

“When you have a coalition that consists of two gigantic factions and three tiny ones, you get coalition fights,” he said. “Now, we have local elections that are coming. Naturally, to up their ratings and get new voters, they have to find a new subject on which they can promote themselves…and the best clients to make a sacrifice of for the electorate are the oligarchs.”

© Sputnik / Mikhail Markiv
Kiev's Sopranos: Oligarchs at War Over Control of Major Oil Company
Kolomoiskyi also grumbled that the politicians had chosen to demonize him in their political campaigns rather than use the war to promote their interests.

The oligarch also explained that his intentions to resign were aimed “to show the nation that I am not holding this position if public opinion thinks I need to resign.”

“I thought the situation came too far, that the next step would be me accused of separatism, and I made this decision in order to calm down this situation,” he added.

© Sputnik / Evgeny Kotenko
Dnepropetrovsk Region Governor Barricades Himself in Ukrnafta HQ in Kiev
Kolomoiskyi also noted that President Poroshenko had accepted his resignation because his exceptionally independent nature and willingness to put himself at the same level as the president made him an inconvenient politician to work with.

“I understand that I’m an example to others, and if everyone acts independently, then the president is not needed,” he said. “Poroshenko was patient with me for quite a while. If I were in his position, I would have kicked myself out in three months, because the person who is a superior cannot be an equal with a person who works for him … you can’t be in power and also criticize it.”

The former politician also warned the president of his biggest danger.

“Poroshenko is building a new country,” he said. “But the biggest danger for him is not outside enemies. It’s his inner circle. He needs to look carefully after that because the entourage makes the king.”

© Photo : Leshenko's Facebook page
In Ukraine, Oligarchs' War of Words May Turn Into War of Bullets and Bombs
The oligarch however vowed to support the president, making it look like he is still in control of the situation, and apparently some kind of a compromise has been reached.

“We will support him in many ways, and I want everything to succeed,” he said. “We will calm down the people, we will present the new governor, we will just say that this is a political change. And we will try to convince them that everything will be fine.”

And he himself will get back to business, as “I’ve always thought of myself more as a businessman than a politician,” the oligarch stated.