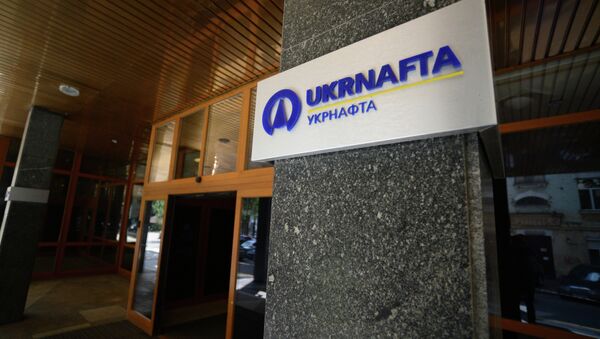 Igor Kolomoisky, Ukrainian oligarch turned governor of the Dnepropetrovsk region, is reported to have barricaded himself inside the headquarters of Ukrainian oil and gas extracting company Ukrnafta in Kiev, local media report.

Kiev's Sopranos: Oligarchs at War Over Control of Major Oil Company
The headquarters has been blocked by metal barriers, with about ten members belonging to an "unknown battalion" located inside the building, said Poroshenko Bloc MP Sergei Leshenko on his Facebook page.

Leshenko believes that "all of this is Kolomoisky's reaction on the signing into law of the law on joint stock companies in reducing the quorum. Ukrnafta, now barricaded, has a government share of 50 percent plus one share, but now for the first time in 12 years it will be possible to ensure government management."

Kolomoisky's company Privat is reported to own 42 percent of the company's shares. Prior to the signing of the law in the Rada, Privat shareholders were able to block the holding of shareholder meetings, which in turn complicated decision-making on the distribution of profits of the state-owned company and the paying of dividends to shareholders.

In Ukraine, Oligarchs' War of Words May Turn Into War of Bullets and Bombs
Leshenko says that "it seems Kolomoisky hasn't listened to the warnings he received from US Ambassador Geoffrey Pyatt, who said that the time of the law of the jungle has passed. Well, what can be said? This will turn out bad for Kolomoisky – US financial intelligence services can get at especially foolish [people] from anywhere in the world."

Relations between Poroshenko and Kolomoisky deteriorated after the supervisory board of oil transport company Ukrtransnafta dismissed Alexander Lazorko, Kolomoisky's protégé, as chairman of the board. On Friday, Kolomoisky, accompanied by armed guards, arrived at the Ukrtransnafta headquarters to defend the deposed Lazorko. Kolomoisky called his dismissal a corporate raid. He later left the building to meet with journalists, yelling and insulting them with profanities. The Ukrainian Rada has since demanded Kolomoisky's resignation, and Ukrainian President Petro Poroshenko reprimanded him on Saturday for "a breach of professional ethics."