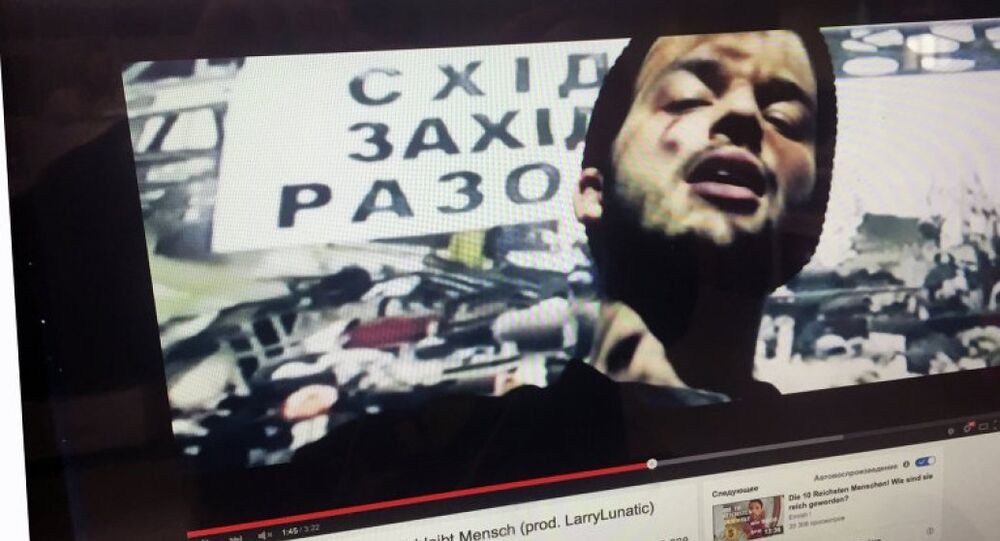 Several German artists who support the militias in the southeast regions of Ukraine released videos of their songs, in which they condemn policy of the German government and sympathize with Donbass residents.

A German musician, known by the name Meth-U, was so dissatisfied with the policy of the German authorities with regard to the Ukrainian crisis, especially with the fact that the German government provided Kiev with loans at the expense of taxpayers and “the social sector, which is constantly decreasing,” that he wrote a song in support of Donbass, Deutsche Welle reported.

In the background of his video one can see images depicting the military conflict. The music piece was originally written for the casting show “Raputation,” where artists perform songs concerning various political issues. However, Meth-U’ song was not approved.

"No other song did spark so many positive reviews, but they did not let me through to the competition. They could not really explain what the problem was. I think I touched a very sensible issue for them," Matthias said.

The rapper claims, that "the Kiev government is fascist” and that Russians have become "second class citizens" in Ukraine, Deutsche Welle reported. Matthias also supports the reunification of Russia and Crimea and is sympathetic with the militias in Donbass.

After the song was rejected by the organizers of the competition, the video clip started its “independent life” online.

Meth-U is not the first German rapper, who became worried about the events in Ukraine. In September 2014, a video clip called "Free Donbass" recorded by the rapper named Wlad, was released on Youtube. Wlad was born in Russia and has lived in Cologne since he was 6.

In his song, Wlad condemns the aggressive policy of the United States and blames the EU for its indifference.