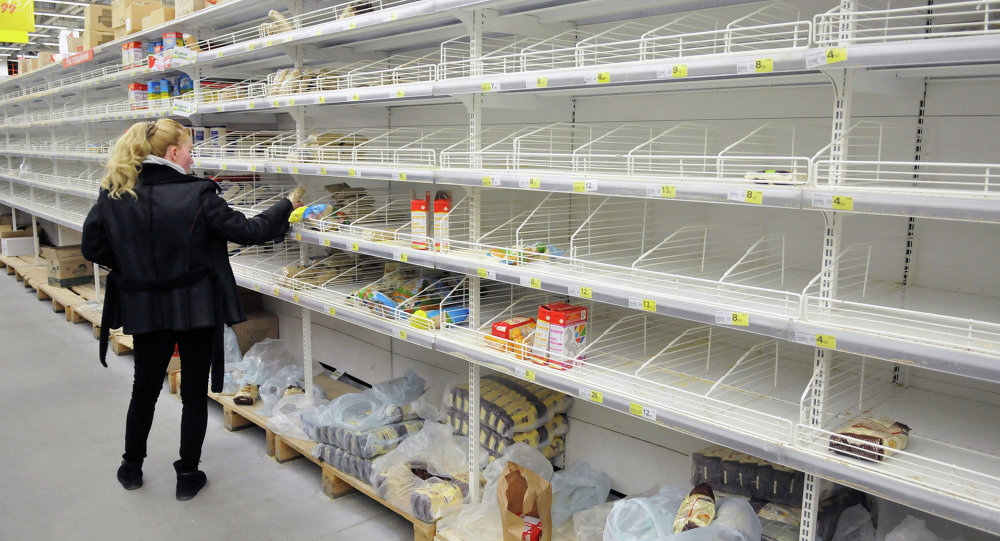 As the Ukrainian National Bank introduces new capital controls, this time for businesses, and raises interest rates, the country's economy slides into Zimbabwe-grade hyperinflation, as measured by the Cato Institute. There are five main reasons why.

© REUTERS / Valentyn Ogirenko
Hundreds of Protesters in Kiev Demand Central Bank Head's Resignation
A recent Cato Institute study cited in a Washington Post blog claims that Ukraine's inflation rate is 272 percent, and not the official 28.5 percent, based on techniques used to calculate inflation in Zimbabwe.

Although the study explains disconnects in Ukrainian statistics, there are more reasons to use the Zimbabwe methodology than just high inflation, as Ukraine enacts more measures to pursue the same path.

1. The Government Pursues a 'Redistribution of Property'

On Tuesday, Ukraine's National Bank hiked interest rates for banks to 30 percent, following the bankruptcy of the country's fourth-biggest bank, as almost 40 banks have collapsed since 2014. On February 25, Poroshenko Bloc Verkhovna Rada deputy Vadim Denisenko explained the national bank's policy as a "redistribution of property."

"The National Bank's course, put in place by Hontareva means that in the medium run, there will be no more than 20 banks left in Ukraine."

By comparison, there were almost 200 banks in Ukraine in the beginning of 2014, meaning an aimed at 90 percent reduction. The policy, together with a new law enacted on Monday, which makes bank owners personally responsible for bank failure, allows the state to seize bank owners' assets to repay creditors.

2. By Pushing Banks to Collapse While Bailing Out Favored Oligarchs

The loan was its second bailout in 2 days, and Privatbank was the country's biggest recipient of government aid in 2014.

3….And Linking its Currency Directly to How Many Banks Collapse

According to a list of measures, announced by the Ukrainian National Bank on Tuesday, it plans to stabilize the money supply by "absorbing excess liquidity" of banks, and increasing loans to the deposit insurance funds.

"A considerable part of the increase of the money supply will be done through giving additional loans to the Deposit Insurance Fund."

This means that the National Bank will print money each time a bank collapses to pay its depositors, and expect the remaining banks to repay the loans at 30%, likely causing even more banks to collapse.

4. It Decided to Impose Austerity in Exchange for IMF Loans 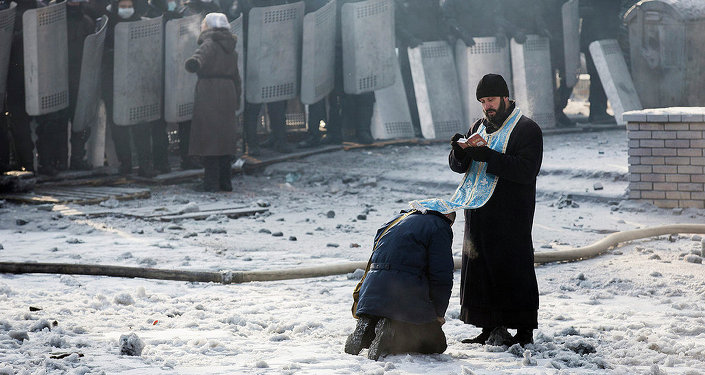 © Flickr / Jim Forest
Ukraine Greets the 19th Century as it Becomes Europe's Latest Colony
According to the Ukrainian Statistics Service, the real wages in government-controlled territories fell 17.3 percent in 2014. In dollar amounts, however, wages fell to roughly $132.88 per month using Tuesday's stabilized exchange rate, down from $395 a year before.

5….And Got Hyperinflation in a Perfect Storm of Financial Collapse, Currency Failure and Mass Impoverishment 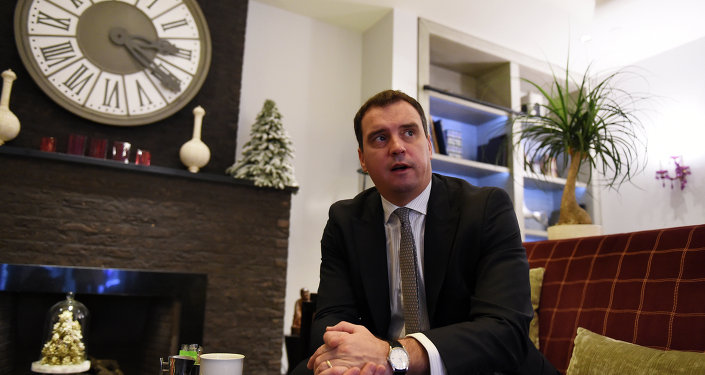 © AFP 2019 / EMMANUEL DUNAND
Ukraine's GDP to Drop by 5.5% in 2015
Although wage cuts for government workers did decrease government spending in the short term, money received from the IMF was effectively only used to repay existing debts. Meanwhile, the reduction in spending power for a large caste of government workers rippled throughout the economy, as businesses saw consumer spending fall as a result.

The trend was compounded with a collapse of exports from both industries which saw their subsidies cut as part of the IMF deal, and agriculture, which suffered as food prices fell, almost halving export revenues, according to Hontareva.

"Compared to January-February 2014, the [fall in export revenue] has grown to 45 percent," Hontareva declared on Monday.

The Ukrainian government previously encouraged agricultural producers to export more food to improve the country's trade balance, and the move caused internal prices for grains and vegetables to rise 90% in 2014, officially. At the same time, a decrease in real wages across the board led people to buy cheaper domestic foods over meat and more expensive imported foods.

© Sputnik / Pavel Palamarchuk
Alarming Currency Devaluation Provokes Consumer Panic in Ukraine
Combined with the collapse of the hryvnia in February, which made prices for imported foods soar, customers rushed to stores to buy cheap domestic-made foods, which were in short supply due to high export volumes. As a result, according to Ukrainian television reports, prices in stores doubled overnight.

The only real difference between Ukraine and Zimbabwe in all of this, is that Zimbabwe tried to redistribute land from the poor to the rich, while Ukraine redistributes property from the rich to the very rich.