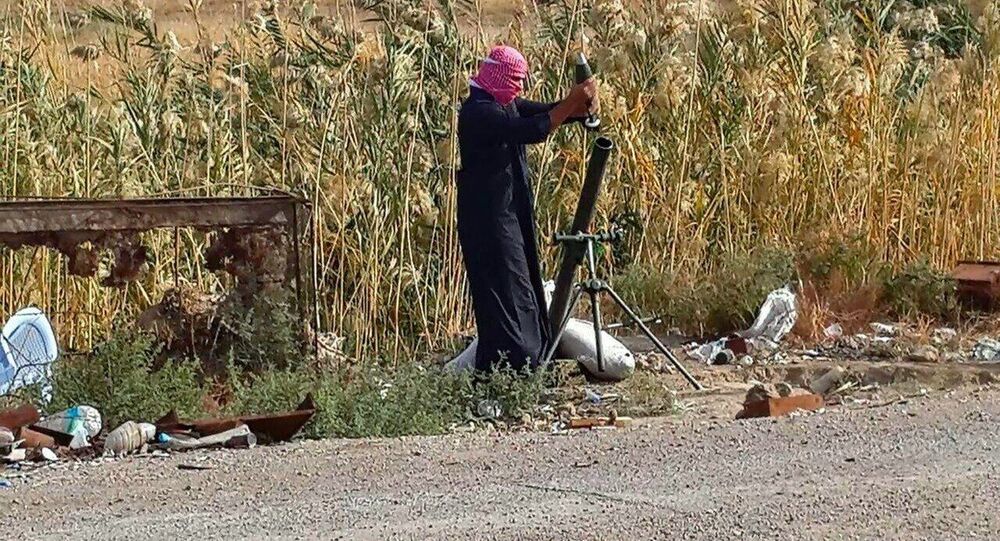 Denmark has started to offer educational and sport related anti-radicalization rehab programs to the former or possible Islamic fanatics, a break from other countries who simply jail or torture suspected terrorists.

MOSCOW, December 3 (Sputnik) — A Danish philanthropist educator has established a one of a kind ‘rehab’ for former or prospective Islamic State (IS) Jihadi youths, by helping them overcome destructive tendencies and find peace and balance within themselves.

The innovative education program was devised by a man known as Mads. Not much is known about him, as he prefers to keep a low public profile to avoid compromising his efforts or jeopardize his mission. Mads believes that enlightenment, sports activities and healthy spiritual practices combined acan bring about the ‘deradicalization’ of Jihadi-infatuated Danish citizens.

© AP Photo / Jacques Brinon
Le Pen Accuses Sarkozy and Hollande Over French Jihadis
Denmark, a small Scandinavian nation with one of the highest living standards in the world, is also the second largest European source of international IS fighters in Syria relative to its total population; the first being Belgium, according to the Economist’ estimates. About 100 Danish citizens have gone to fight in Syria. Mads educational program is based in the borough of Gellerupparken of the town of Aarhus, where 80% population are immigrants, many of them are Muslims originating from the Middle East.

"The guy I'm working with now really wanted to go to Syria," said Mads as quoted by the Local, Denmark’s news website. "My aim is not to disconnect the religion, because I think it's fine that he's religious. But it's about obtaining a balance," he believes.

© AP Photo / Edlib News Network ENN
UK Muslims Join IS Because of Social Pressure, Not Propaganda: Report
The young men Mads works with come from impoverished urban areas of Denmark. The area Mads searches in is a post-industrial landscape covered in cracking graffiti-coloured concrete and pieces of broken glass. It is also the location of the infamous Grimhøj mosque, a religious institution which openly supports the Islamic State cause. More than 30 people from Aarhus, the town with population of 324,000, have gone to join IS in Syria as a result.

According to Denmark’s PET intelligence agency (Danish Security and Intelligence Service), out of 100 Danish Jihadis at least 16 have been killed in the Middle East and about 50 returned home. Some 28 of them were paid unemployment subsidies afterwards as Denmark chose to offer social and psychological rehabilitation to these people.

According to Mads, a young man who traveled to Syria was “shaken” having seen things not “quite normal for a regular young Danish guy”. He underwent a football themed rehabilitation program. The main target was to encourage him to accomplish his education and normalize to life again.

"Those were our primary targets, and they succeeded," Mads said.

© Sputnik / Andrei Stenin
Islamic State Support Network Uncovered in UK: Reports
The deradicalization educational program was launched in Aarhus in 2007, as Denmark is a popular destination for asylum seekers from the Muslim world, and some refugees have been part of Islamic organizations in the past. Ex-Jihadis are offered counseling assistance, tutorship and help with finding education or a job, as well as housing accommodation.

"The one I have now I helped with writing applications for part-time work, and we went out and delivered them together," said Mads. He sometimes takes his apprentices to the library.

© Sputnik
Canadian Domestic Terror Threat Rose Prior to Attack in Quebec
Not all European nations are as humane as Denmark, as a Belgium court recently order 46 people, allegedly responsible for IS recruiting, to be tried and sent to jail, while the UK is also criminalizing people involved with IS. But Danes believe prison would only further radicalize these people. According to the local authorities, since the Aarhus deradicalization program kicked off, some 130 people underwent related therapy, 15 of them started mentorship program with 8 of them finishing it successfully and one ‘with limited success’.

"You can liken it to a divorce," said Toke Agerschou of the municipal crime prevention authority. "It's rarely something that goes away immediately, it might take months and years."

French IS Fighters Call for Terror at Home in Video: Reports