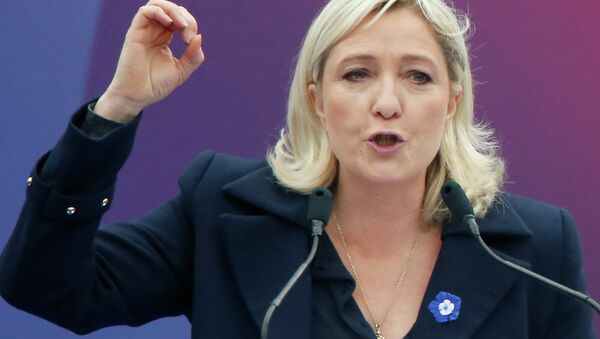 French Prime Minister Warns Youths Against Jihad in Syria, Iraq
MOSCOW, November 30 (Sputnik) – French National Front leader Marine Le Pen has accused her political opponents of being at fault for the flow of young people travelling to take part in jihadist combat in Syria and Iraq.

“They accuse those who denounce fundamentalism of being Islamophobes, putting everyone in the same boat and forbidding the slightest criticism of the actions of radical Islam,” AFP report the leader said on Sunday, after a ballot which confirmed her continued leadership of the party with 100% of the vote from its 83,000 members, a figure which has doubled since the start of 2012.

“These parties (Sarkozy's UMP and Hollande's Socialists) carry the full responsibility for our situation,” she declared. “We lament that youths go to jihad, wondering what went wrong. Everything, everything, (Nicolas) Sarkozy and (President Francois) Hollande, you have messed everything up.”

This year Le Pen’s National Front party has seen a surge in representation. In March local elections it captured 11 mayorships and 1,200 seats on town councils across France, and in May’s European Parliament elections took 25% of the vote, the highest of any party. It also gained its first ever seats in the French Senate.

It is estimated that over 1,000 have left France to join Islamists in Iraq and Syria, with 375 thought to be there at this time.