UK Muslims Join IS Because of Social Pressure, Not Propaganda: Report 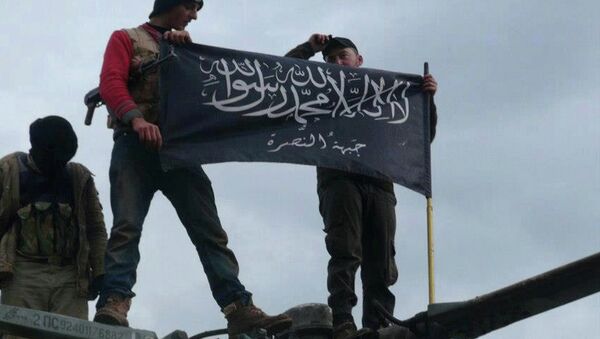 Peer pressure and personal relationships are more effective in recruiting for the Islamic State than Internet and social media, British experts say.

MOSCOW, November 7 (RIA Novosti) – Islamic State (IS) supporters from the UK are more likely to join the Jihadi struggle because of peer pressure and personal relationships, while the role of the internet and social media is far less important, experts say.

Friends, close acquaintances and personal social contacts play a bigger role in the enlistment of UK Muslim youths to the ranks of IS militant than social media, a study by the International Centre for the Study of Radicalisation (ICSR) at King’s College of London reports.  The report also found that the impact of the Internet is overestimated by the public, as social connections are the primary means of radicalizing young Muslims, as reported by the Guardian.

“While online recruitment plays a role, people go because they know people who are in Syria. It’s all about networks in the real world,” Prof. Peter Neumann, director of ICSR, said as reported by the paper. “There is a belief that all that was facilitated by the internet. The role of the internet has been exaggerated.”

ICSR has been exploring the Internet activity of different Jihadi groups in Syria for two years now. ICSR gathered data on roughly 200 social media pages of Jihadis of Western origin, including Scandinavia, the British Isles, France, Belgium and Australia. This data was used to find out the primary reasons for their decisions to take up arms in the Middle East. In the UK, the researchers claim to have spoken with Jihadis from the towns of Portsmouth, Manchester, Cardiff, London, Bradford and Crawley, who are now fighting in Syria.

Based on the information they have collected, the researchers believe IS public outreach videos are not the primary means of motivation for young British Muslims.

“The Isis propaganda videos don’t make them go,” Prof. Neumann said. “Typically there is a pre-existing friendship. What typically happens is that one or two go over, and that the friends who’ve stayed behind eventually follow them.”

Prof. Neumann believes this is a result of peer pressure. “In many cases it’s simply social obligation and feeling that one wants to be with one’s friends. They will watch those videos and their beliefs will be re-enforced, but what makes them go is that people are out there, egging them on and there’s a degree of social pressure,” the expert said.

In his opinion, IS propaganda is far less efficient than social pressures, as British police vigilantly remove Jihadi outreach videos from the Internet. According to the UK's counter-terrorism unit, 1,000 pieces of radical media content are deleted everyday.