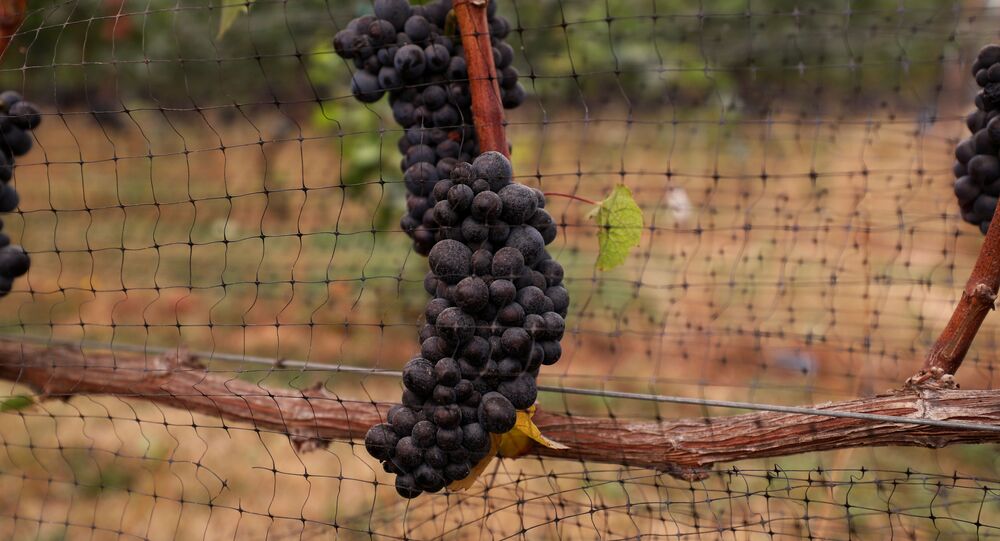 As wildfires continue to scorch the US West Coast, area winemakers are bracing for possible production and revenue hits due to the rejection of grapes that have been tainted by heavy smoke.

John Aguirre, president of the California Association of Winegrape Growers, recently spoke with the Associated Press and asserted the 2020 wildfires in California, Oregon and Washington are “without question the single worst disaster the wine-grape growing community has ever faced.”

While the verdict is still out on the severity of crop damage, Aguirre told the outlet that the smoke-tainted wine he sampled was accompanied by a tasting card that compared the libation’s flavor to “fecal plastic.”

“We did a lot of grape sampling,” California-based winemaker Noah Dorrance told the San Francisco Chronicle last month, “and just with the juice, you could already taste and smell this ashy, barbecued flavor, kind of like a campfire.”

Gregory Jones, director of Linfield University's Evenstad Center for Wine Education and one of the industry’s top authorities on climate change and its impact on winemaking, explained that there is a major difference between “smoky wine” and “fire-smoky wine.”

"This issue is a very complex issue … and there are some things we know and many things we don't know about this issue. What is clear is that the historical use of the term 'smoky' with wine has been tied to red wines that have spent some time aging in oak barrels, which in turn imparts an aromatic characteristic of 'smokiness' to the wine,” he said, as reported by Oregon’s Portland Tribune.

“Aspects of how far the smoke travels, the smoke's composition, the level in the air that the smoke is at, the timing during the vintage, and how long it lasts all play a role in whether any smoke impact might occur to the wines.”

While Oregon’s pinot noirs may not suffer, this is not the first time West Coast winemakers have been confronted with industry dilemmas due to climate change.

“Unfortunately, climate experts are telling us this is going to be a problem,” said Anita Oberholster, a grape and wine chemistry expert at the University of California, Davis, reported AP.

At the same time, grape growers and wineries may find themselves in a position where they need to band together and form something like the Oregon Solidarity project, a 2019 initiative launched by four Oregon wineries interested in procuring grapes set to be abandoned after they were found to have been tainted by smoke from the 2018 Klondike Fire.

The project ultimately produced three types of wine - a chardonnay, a rosé and a pinot noir - from the once-rejected grapes.

US Man Ordered to Register as Sex Offender After Putting Semen in Coworker’s Food, Water Bottle

‘What a Fool’: Trump Stuns Netizens With 'It Will Cool Down' Remark Amid Devastating Wildfires