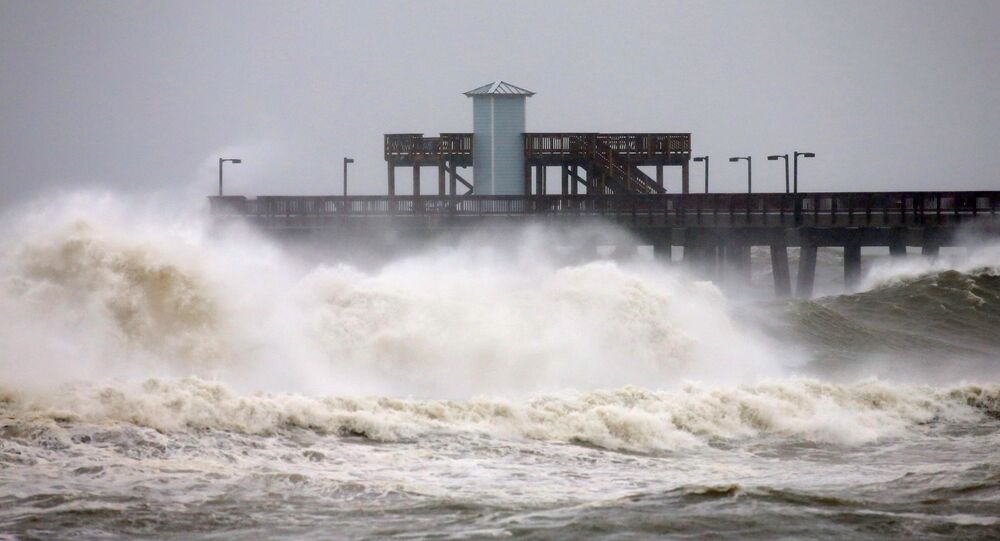 The US National Hurricane Center (NHC) announced Tuesday that Hurricane Sally is expected to bring “extreme life-threatening flash flooding” to the US Gulf Coast as it continues to move inland following its anticipated landfall.

Although the dangerous cyclone was upgraded to a Category 2 storm Monday afternoon by the NHC after it reached sustained wind speeds of 100 mph, Hurricane Sally has since been downgraded back to a Category 1 storm, with sustained 85-mph winds.

At present, the storm is about 60 miles from the mouth of the Mississippi River and is moving northwestward to the US’ southern coast at a pace of 2 mph. The NHC predicts the cyclone will make landfall somewhere between Bay St. Louis, Mississippi, and Navarre, Florida, late Tuesday into Wednesday.

The NHC noted in its latest update, “Although little change in strength is forecast until landfall occurs, Sally is still expected to be a dangerous hurricane when it moves onshore along the north-central Gulf coast.”

Forecasters have stated that Sally’s hurricane-force winds have extended their reach to some 45 miles from the storm’s center, adding that tropical storm-force winds will be felt up to 125 miles outward.

Across the US Gulf Coast, residents may experience a storm surge of anywhere between 1 and 7 feet should the hurricane make landfall at high tide. Though storm surge predictions were eased somewhat when compared to Monday’s forecast, Sally’s slow-moving nature is likely to cause “historic flooding.”

Hurricane Sally is forecast to bring between 10 and 20 inches of rainfall to the region, with isolated amounts of 30 inches to communities situated “inland of the central Gulf Coast from the western Florida Panhandle to far southeastern Mississippi.”

“Historic flooding is likely with extreme life-threatening flash flooding likely through Wednesday,” the NHC warns. “In addition, this rainfall will lead to widespread moderate to major flooding on area rivers.”

After landfall, and once the storm moves further inland, officials predict the hurricane will cause an additional 4 to 8 inches of rainfall. The NHC adds that isolated tornadoes “may occur” throughout Tuesday into Wednesday in the Florida Panhandle and portions of southern Alabama.

As state officials have already initiated states of emergency and called for mandatory evacuations of at-risk regions along the coastline, US President Donald Trump stated late Monday that his administration was monitoring the storm, and that they are “fully engaged” with local authorities on the matter.

Although Hurricane Sally comes less than a month after Hurricane Laura struck the area, the dangerous cyclone isn’t the only one of concern to the NHC, as there are three other hurricanes that have also formed in the Atlantic Ocean.

The 2020 Atlantic hurricane season has so far been the most active in recorded history, with the NHC now having recorded 20 named storms in a period of just three months. The US National Oceanic and Atmospheric Administration previously noted in a revised August 2020 forecast that this year’s hurricane season would be “extremely active.”

At Least 14 Dead After Hurricane Laura Batters Southern US - Photos

Wildfires, Hurricanes Show Extent of Ecological, Social Collapse in US