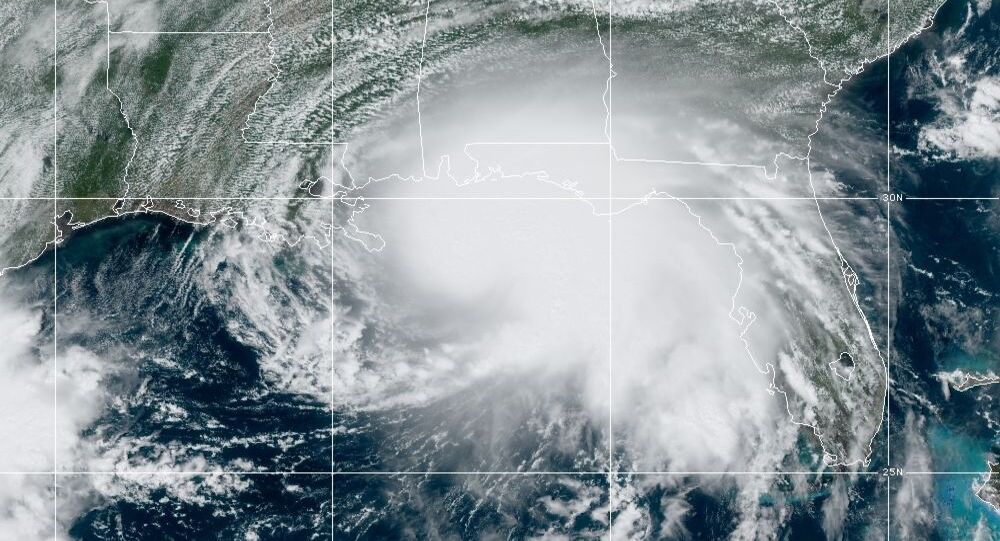 Videos: Hurricane Sally to Strike US Gulf as Category 2 Storm, Bring Over 20 Inches of Rainfall

The US National Hurricane Center (NHC) on Monday announced that the tropical storm officials have been monitoring in the Gulf of Mexico has “rapidly” strengthened and has grown into a Category 2 hurricane, noting that the powerful cyclone will bring over 20 inches of rainfall to states along the US’ southern coast.

The NHC’s latest update indicates that Category 2 Hurricane Sally is currently situated about 105 miles from the mouth of the Mississippi River with maximum sustained winds of 100 mph. At present, the growing storm is moving west-northwest at a pace of 6 mph.

Forecasters anticipate that the storm will make landfall near southeastern Louisiana late Tuesday into Wednesday. Sally’s hurricane-force winds extend some 25 miles from the hurricane’s center, whereas its tropical storm-force winds extend out 125 miles.

“It’s going to be really close,” Mike Efferson, a meteorologist with the National Weather Service’s Louisiana office, told the Wall Street Journal. “Right now we have it as a strong Category 1, but we’re trying to message people to prepare for a Category 2.”

The NHC states in its Monday update that Sally is expected to undergo “additional strengthening” throughout the day.

Forecasters warn that residents living in Mississippi, Alabama, Louisiana and along the Florida Panhandle may experience a storm surge of anywhere between 1 and 11 feet, should the peak surge occur at high tide.

“Overtopping of local levees outside of [New Orleans’] Hurricane and Storm Damage Risk Reduction System is possible where local inundation values may be higher [than predicted storm surges],” the NHC notes.

Efferson told the Journal that while the levee protection system in New Orleans, Louisiana, isn’t likely to be impacted by the hurricane’s rushing waters, the storm is definitely going to “give those pumps a good test, for sure.”

In 2005, when Category 5 Hurricane Katrina struck the US’ Gulf Coast, the levee system protecting the city of New Orleans faltered, with officials later recording over 50 failures of the levees and flood walls. Citing satellite imagery, NASA reported at the time that some 80% of New Orleans was flooded by the powerful storm.

Sally, a slow-moving system, is likely to produce between 8 and 16 inches of rainfall, with isolated amounts of 24 inches in certain areas, after making landfall. Heavy rain is forecast to fall on parts of Tennessee, northern Georgia and western parts of North and South Carolina from Thursday into Friday as the storm works its way inland.

Within the last 24 hours, the governors of Mississippi and Louisiana declared states of emergency and requested federal assistance ahead of Sally’s anticipated landfall in the region. New Orleans Mayor LaToya Cantrell also issued a mandatory evacuation order to residents located outside of the city’s levee protection system.

Hurricane Sally’s arrival to the region comes less than a month after Category 4 Hurricane Laura made landfall near Cameron, Louisiana, bringing with it catastrophic 150-mph winds. The August storm killed at least 14 individuals, many of whom died as a result of fallen trees and carbon monoxide poisoning from the use of power generators.