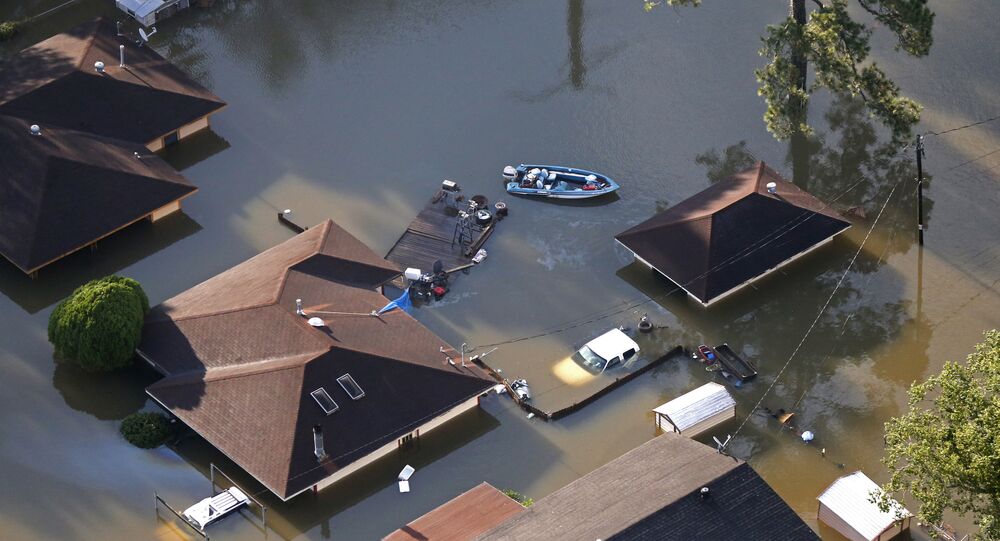 As sea surface temperatures continue to rise in the Gulf of Mexico, experts warn that the recent uptick may result in an increase of severe weather and storms over the next few months as tornado and hurricane seasons approach.

A recent report from meteorologist Matthew Cappucci of the Washington Post sounded the alarm over water temperatures in the Gulf of Mexico that have risen to levels of up to 3 degrees Celsius above normal.

The forecaster noted that during comparable conditions, the US experienced an above-average tornado season in the spring of 2017 and then had the Texas Gulf Coast hit with Category 4 Hurricane Harvey.

Ben Noll, a meteorologist with New Zealand’s National Institute of Water & Atmospheric Research, also drew attention to the rising sea surface temperatures of the Gulf of Mexico just days prior to Cappucci’s publication.

Keeping a close eye on this with hurricane season a few months away.

Citing the Southeast Regional Climate Center, Cappucci explained that the Texas cities of Brownsville, Corpus Christi and Houston have experienced their warmest Marches on record - as have New Orleans, Louisiana; Mobile, Alabama; and certain cities in Florida.

“The Gulf of Mexico sea surface temperatures have run above normal over the past year, but they have sharply risen even higher in recent months,” the meteorologist explained.

FYI - the Gulf of Mexico SST anomalies are quite stunning. We're talking 1.6C above the long term avg right now. Obviously this has implications on the hurricane season but also for spring severe weather & flooding. I know we have our hands full but we cannot ignore the weather. pic.twitter.com/94fUIumIPI

“That in theory favors stronger and more widespread updrafts and thunderstorms, and could slightly tip the scales in favor of increased severe thunderstorm and tornado chances.”

Additionally, warmer water temperatures create conditions favorable for tropical cyclones, but, according to hurricane researcher Philip Klotzbach of Colorado State University, these temperatures are not the be-all, end-all when it comes to hurricanes.

Despite the warning, Cappucci concluded by explaining that it is too early to predict what the storm seasons will bring the US. At the same time, the sea surface temperatures of the Gulf of Mexico are a real factor that makes “certain events more likely to occur and/or become more intense than they would have been otherwise.”

Study: Reusable Mask Respirators May be Suitable Alternative to Disposable Ones