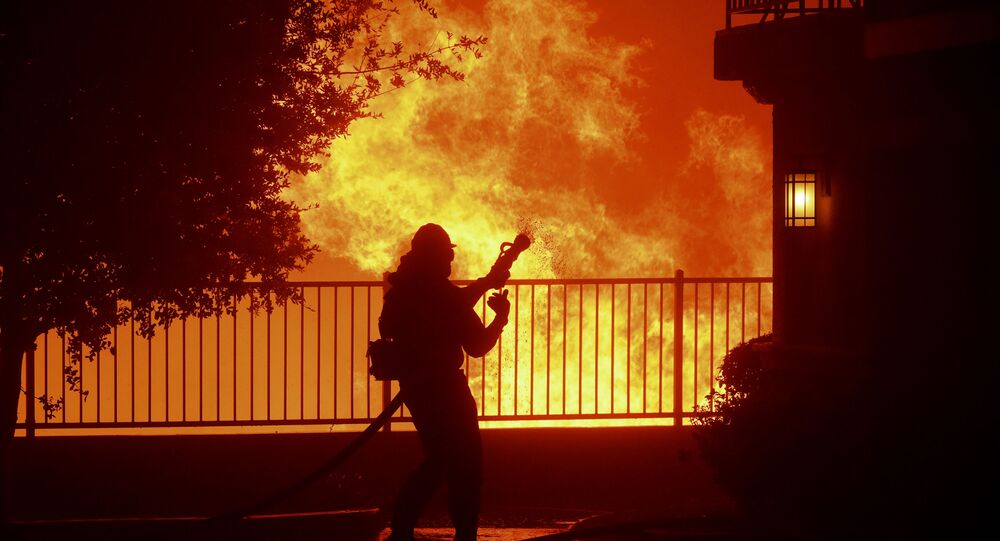 ​“These weather conditions are significant,” Terrazas said. “You can imagine the embers from the wind have been traveling at significant distances, which cause other fires to start.” Mandatory evacuations have been issued to an area containing around 100,000 residents and 20,000 homes.

​According to Los Angeles firefighter John Ferrer, the wind is making the fire difficult to contain.

“Because of the wind-driven factor, it creates a more defensive posture for firefighters,” Ferrer said. “We wait until the wind dies down and can deploy adequate resources to contain the flanks of the fire and an early-morning attack on the fire,” Ferrer said, the Los Angeles Times reported.

​According to Los Angeles authorities, one unidentified man died after suffering a cardiac arrest Thursday night. It is not clear if the man was attempting to escape the fire when he died. Terrazas has also confirmed that one unidentified firefighter suffered an eye injury as a result of the Saddleridge Fire. Around 25 homes have been damaged so far, according to NBC Los Angeles.

​“We need people to leave now while they can,” fire officials warned during a press conference Friday morning, CBS58 reported. "If you stay in [mandatory evacuation] areas, we cannot guarantee that we will save you.”

Several colleges and schools were closed Friday due to the fire, including the Los Angeles Mission College and California State University Northridge. In addition, dozens of schools across the Los Angeles Unified School District (LAUSD) told students to stay home Friday.

“Our priority remains the safety of students and staff at schools and to make sure school operations, including the safe transit of students, families and staff to and from schools, do not impede fire control and home evacuation efforts,” LAUSD Superintendent Austin Beutner announced Friday.