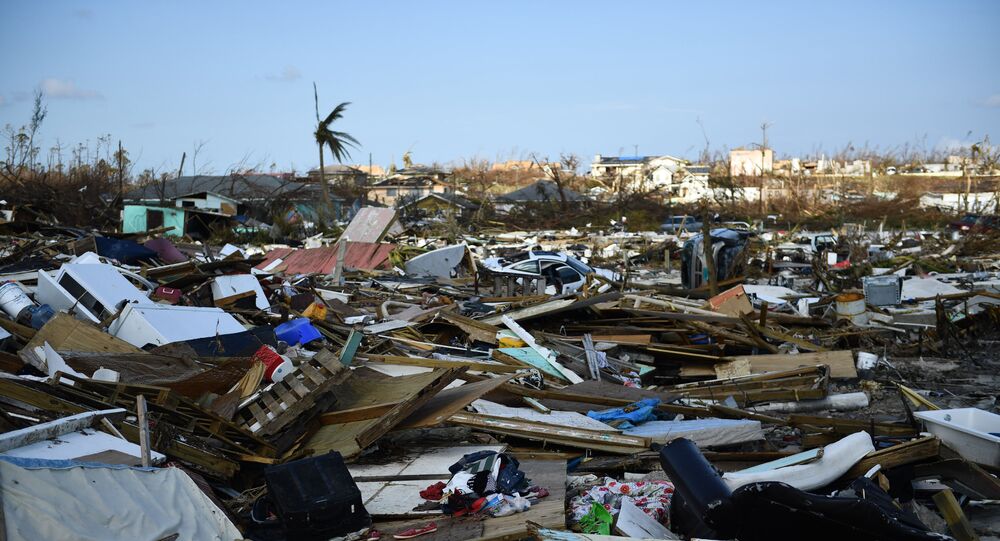 Hurricane Dorian killed at least 43 people when it hit the Bahamas last Sunday. Media reports say the storm destroyed an oil storage facility, causing an oil spill at sea, although the energy company that owns the facility has not confirmed this.

The Norwegian energy company that owns the facility issued a press release on 5 September, saying there were no observations of any oil spill at sea. However, photos and videos have since emerged online, proving that the spillage did in fact take place. Coral Vita, a coral conservation group, were among the first people to assess the scale of the damage at the site.

Absolutely CATASTROPHIC #oilspill in #GrandBahama from #HurricaneDorian at the #Statoil / @Equinor facility. Teams need to be here TODAY to a) prevent a fire from starting (oil across the highway where people are trying to help) b) stop any/all spillage to ocean and c) clean up pic.twitter.com/8u3e2BDYdY

​As the information about the oil spill has been spreading online, some users have suggested that the issue deserves wider media coverage.

The oil spill in the Bahamas after #dorian that should be receiving much more coverage https://t.co/Y3CSvgtabO

​The hurricane struck the Bahamas as a Category 5 storm last Sunday and remained over Abaco and Grand Bahama for the following two days bringing 185mph winds and torrential rains. The death toll from the storm has grown to 43, and the figure is expected to rise. Up to 70,000 people in the Bahamas are said to be in need of 'life-saving assistance.'

Earlier this week, the US National Hurricane Center said that Dorian had weakened to a Category 1 storm with sustained winds of 90 mph.