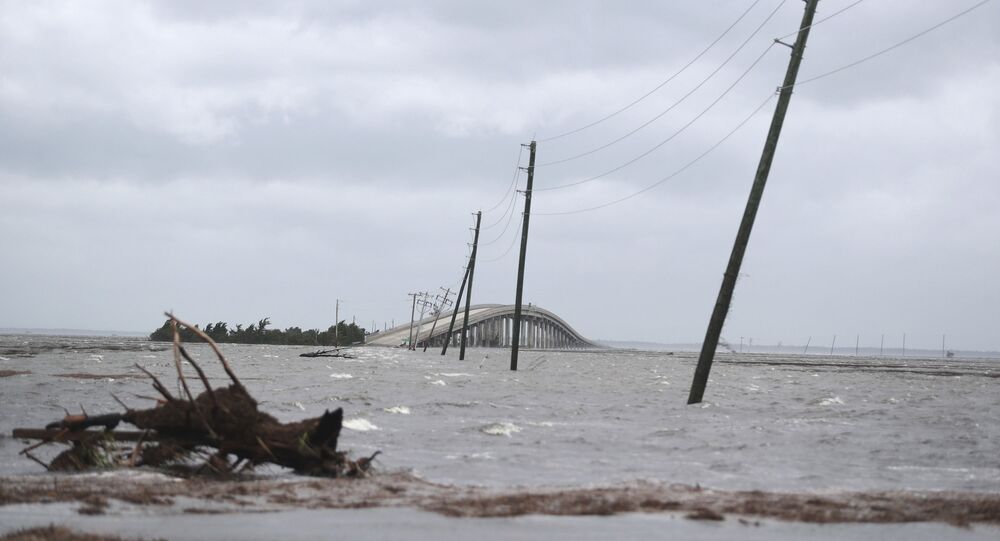 At around 8:35 a.m. EDT, Dorian made landfall over Cape Hatteras, North Carolina, but by 1 p.m., it was already about 95 miles east-northeast of Cape Hatteras with 90 mph winds, the National Hurricane Center (NHC) reported.

​About 220,000 homes and businesses across North Carolina are without power compared to 130,000 and 50,000 in South Carolina and Virginia, respectively. At least six people in the US have died either during or while preparing for the storm.

​North Carolina officials also warned Friday that many people could be trapped in the state’s coastal Outer Banks region due to floods on the islands, especially on Ocracoke Island.

​"There is significant concern about hundreds of people trapped on Ocracoke Island," North Carolina Governor Roy Cooper warned Friday. "This latest development shows that we cannot yet let our guard down."

​“Residents are urged to go to a higher level of their homes to avoid the rapidly rising flood waters from the Pamlico Sound,” the US National Weather Service branch in Morehead City, North Carolina, also warned Friday. “Water levels are expected to inundate 1st floors of homes.” The Pamlico Sound in North Carolina is the largest lagoon on the US’ East Coast.

Areas in Virginia, including Virginia Beach and Norfolk, are currently under flash food warnings and could accumulate between 3 and 8 inches of rain Friday.

​However, conditions in Virginia and North Carolina are expected to improve by Friday evening. Cape Cod, Nantucket and Martha’s Vineyard in Massachusetts will see some tropical storm-force winds Friday evening as well as rain Saturday morning before Dorian hits Nova Scotia and Newfoundland in Canada on Saturday and Sunday.