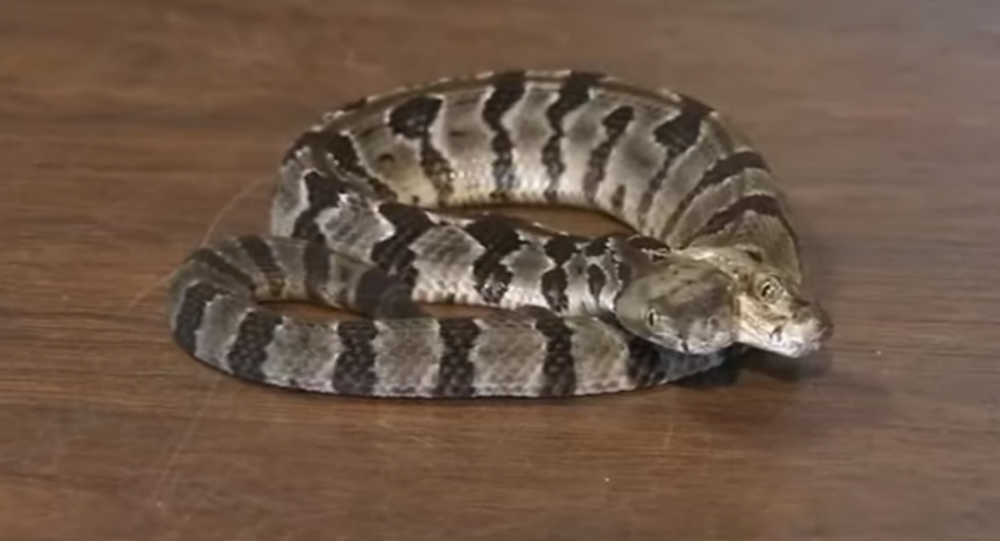 The two employees, Dave Schneider and Dave Burkett, made the discovery on August 25 while checking out a nest that they noted had been taken up by a pregnant female snake. It was during the birthing period that the pair of specialists spotted the two-headed reptile and captured it.

“It probably wouldn’t be able to survive in the wild,” Bob Zappalorti, the company’s CEO, told NJ Advance Media. “As it was crawling, there’s a chance it could have gotten snagged on something, leaving it open to be eaten by predators.”

“It’s the only one ever found in New Jersey … It probably was meant to be a twin, and it mutated, and the female gave birth to this abnormal baby,” he added.

Speaking to local media outlet WPVI, Schneider revealed that although both heads appear to act independently of one another, the venomous snake’s right head does seem to be the more dominant of the two.

Two for One Special? Man Catches Fish that was Already Caught by Snake that Wouldn't Let Go

Hungry Snake Trying to Eat Its Own Tail