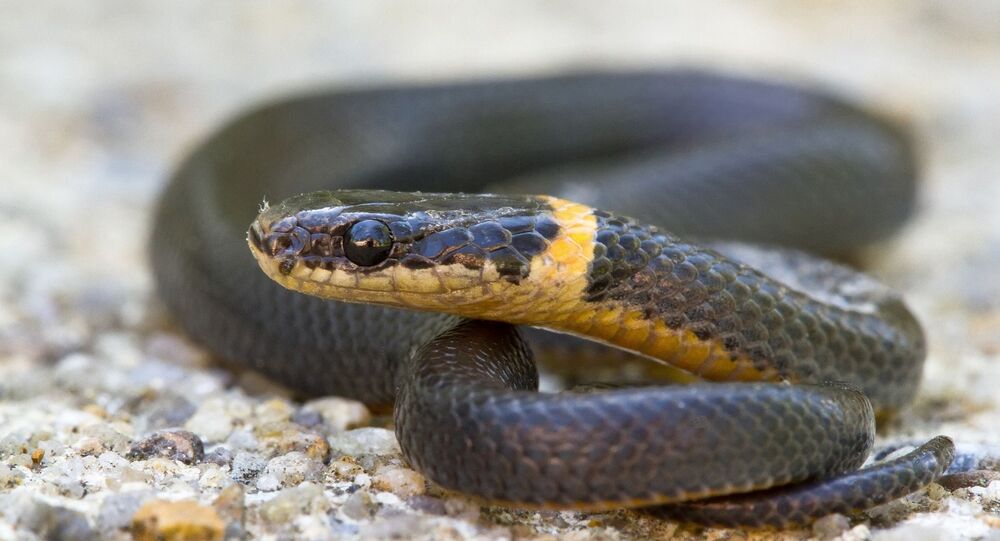 The US Transportation Security Administration’s (TSA) lost and found program at New Jersey’s Newark Liberty International Airport was faced with a first after one presumably rushed traveler ditched their pet snake at a terminal checkpoint.

Late Monday night, Newark Airport authorities announced they had captured a 15-inch ring-necked snake that was slithering around near Terminal C.

TSA Public Affairs spokesperson Lisa Farbstein posted a photo of the poor serpent on Tuesday and also let the owner know that it was no longer in the airport.

Someone left this snake at a @TSA checkpoint at @EWRairport last night. TSA has a good lost and found program to reunite travelers with items they've left at checkpoints, but if that was your snake, don't bother calling to retrieve it. pic.twitter.com/qpvxRbRRZf

Even Farbstein does not know what became of the black snake with a yellow-banded neck, but she did tell The Washington Post in a Tuesday interview that Port Authority police “secured the snake and removed it from the checkpoint.”

She also revealed that it was a little girl who carried out the “see something, say something” slogan when she alerted TSA agents to the snake. Farbstein says an agent then quickly covered the lost pet and redirected travelers to a different checkpoint until police arrived.

Luckily for those who could have encountered the serpent, ring-necked snakes are harmless, nocturnal and usually keep to themselves in the wild. According to the Virginia Herpetological Society, the snake’s diet is mainly made up of earthworms and salamanders, and the “free-ranging domestic cat” is one of its main predators.

The Department of Transportation currently allows airlines to “categorically deny” transportation of “unusual species of service animals,” such as snakes, rodents and spiders, without penalty.

It remains unclear whether this was a case of a traveler ditching a pet by accident or more of a premeditated move.

Though TSA has definitely encountered a number of travelers attempting to smuggle exotic and everyday pets in their luggage, Farbstein says this is the first time a reptile has been loose at a checkpoint.