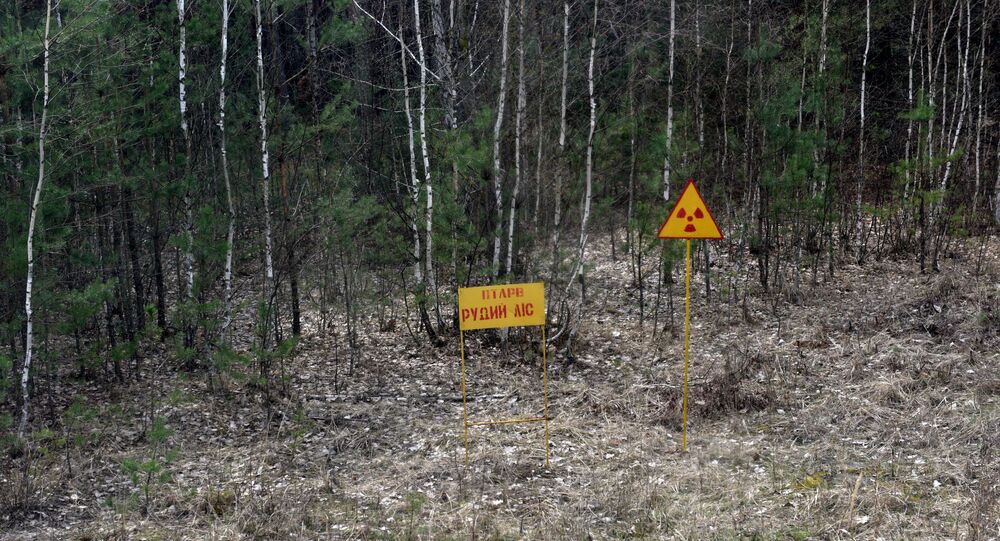 A theory brought forward by one of the social media users who examined the photo of the discovered object suggests that it might be related to the forces deployed to deal with the aftermath of the Chernobyl nuclear disaster.

A peculiar and possibly hazardous find was recently made by the people who watch over the area adjacent to the site of one of the worst nuclear disasters in human history.

A photo posted on the Facebook page of the Chernobyl Radiation and Ecological Biosphere Reserve, with the caption "Dangerous discoveries made on the territory of the reserve", depicts a rusty overturned wreckage of a Soviet-made ZIL truck.

One of the social media users commenting on the photo speculated that, judging by the vehicle’s paintjob, it probably was a fire engine, possibly even one of the vehicles sent to deal with the aftermath of the catastrophe.

Earlier this month, the reserve also offered people a glimpse of the Chernobyl Exclusion Zone flora, posting pictures of huge flowers which thrive amid the irradiated landscape.