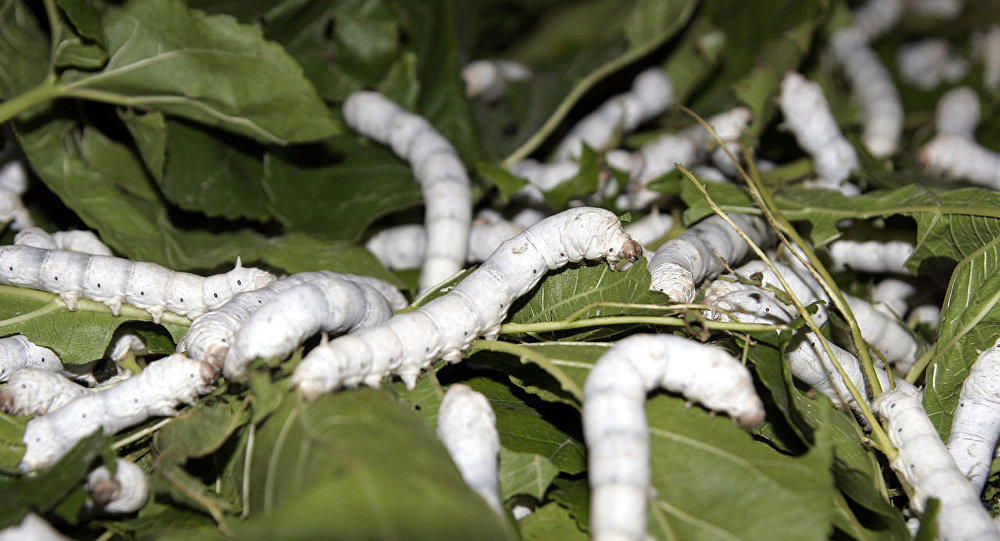 Scientists from Kant Baltic Federal University, Novosibirsk State University and the Siberian Branch of the Russian Academy of Sciences have developed a method to quickly determine the gender of unpaired silkworms. The discovery will help eliminate forest pests. The research paper is published in the Journal of Insect Physiology.

During uncontrolled breeding, unpaired silkworms can destroy deciduous and coniferous forests in Europe, Asia and North America. Migration activity, the pathogenesis, intestinal microflora and enzymatic activity are gender specific and necessary to know to fight this theat.

The Russian scientists' new discovery will prove useful for ecological, genetic and physiological studies and experiments. Scientists note that there has never been any quick and effective method for determining the gender of caterpillars until now.

"Any student can tell an adult female silkworm from an adult male. But it is impossible to visually determine the gender of some members of the Lepidoptera order. Thus it is necessary to take an insect's abdomen and cook it in an alkaline solution. It is next to impossible to determine the gender of caterpillars that are not sexually mature, so scientists had to find a simple method. This method should apply to unpaired silkworms and all other members of the Lepidoptera order," said research co-author Yury Ilinsky of Kant Baltic Federal University, Novosibirsk State University and the Institute of Cytology and Genetics of the Siberian Branch of the Russian Academy of Sciences.

The gender of specimens depends on the set of chromosomes. For example, it is possible to tell a male from a female by scraping off genetic material from inside a human cheek. The female sample always contains the Barr body. This is the second X chromosome which is, sort of, packed inside a suitcase and remains unused. Men don't have this because they have only one X chromosome that works on a par with the Y chromosome that women lack.

To determine a caterpillar's gender, we need to remove some of its hemolymph with a thin needle, Yury Ilinsky notes. The specimen is likely to survive this experiment; if not, the genetic material can still be used for research purposes.

According to the researchers, the new method is topical for all butterfly and moth varieties. They believe that any specialist will be able to determine the gender of several hundred specimens a day with this method.