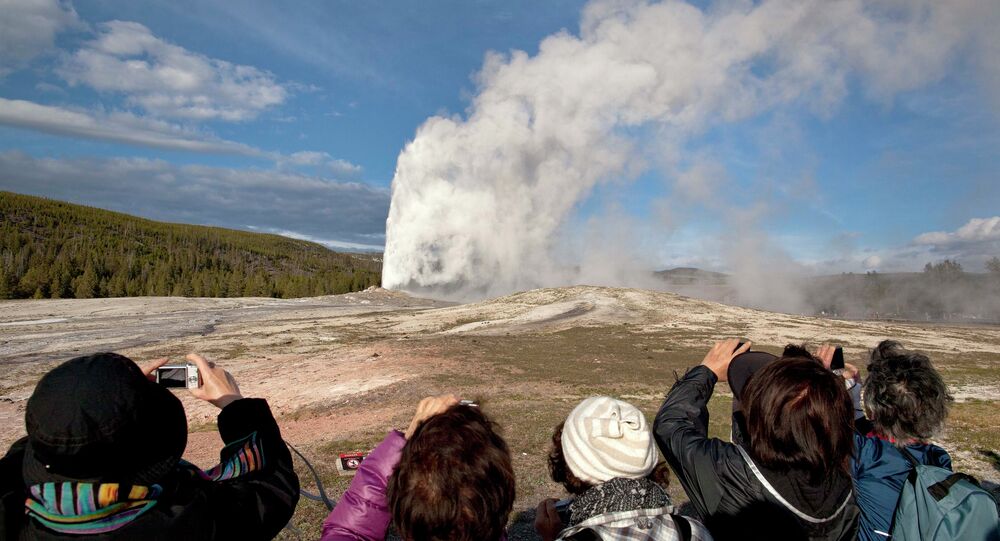 Yellowstone supervolcano, which is located among the picturesque mountains and valleys of Yellowstone National Park in the United States, has experienced three major eruptions during its lifetime. The last one took place around 640,000 years ago.

A potential eruption of the Yellowstone Caldera, also known as supervolcano, will destroy most of the United States, and there is simply no way to prevent it, Dr Jerzy Zaba, a geologist from the University of Silesia in Katowice, Poland, told Wirtualna Polska.

"I predict an eruption similar to the one from 640,000 years ago would destroy most of the United States' territories. The erupted materials would cover everything within a 500 km radius with a metre-thick layer. And due to the emission, of dust, gases or sulphur monoxides into the atmosphere, we would witness a cooling of the climate. I estimate, due to the effects of climate change, around five billion people would die from hunger", Dr Zaba warns.

The expert said that should the supervolcano erupt in the near future, the only reasonable thing to do will be to evacuate the North American continent, and added that there's simply no way to predict when Yellowstone Caldera will start belching lava, but the repercussions will be felt across the globe.

"The only thing that can be done is the evacuation of people. However, if we're talking about the whole nation, a pretty big one by the way, then it would have to happen onto another continent. There are forces over which people have no influence and have to observe with incredible humility".

© CC0
Yellowstone: Record-Breaking Geyser Activity is MYSTERY for Scientists
The Yellowstone Volcano Observatory (YVO), led by the US Geological Survey, has been monitoring the supervolcano every day since 2001.

Over the past 2.1 millipn years, the monstrous volcano erupted at least three times, transforming the landscape around it each time.

The last Yellowstone caldera-forming eruption occurred approximately 640,000 years ago, spewing some 1,000 cubic kilometres of rock, dust, and volcanic ash into the sky.