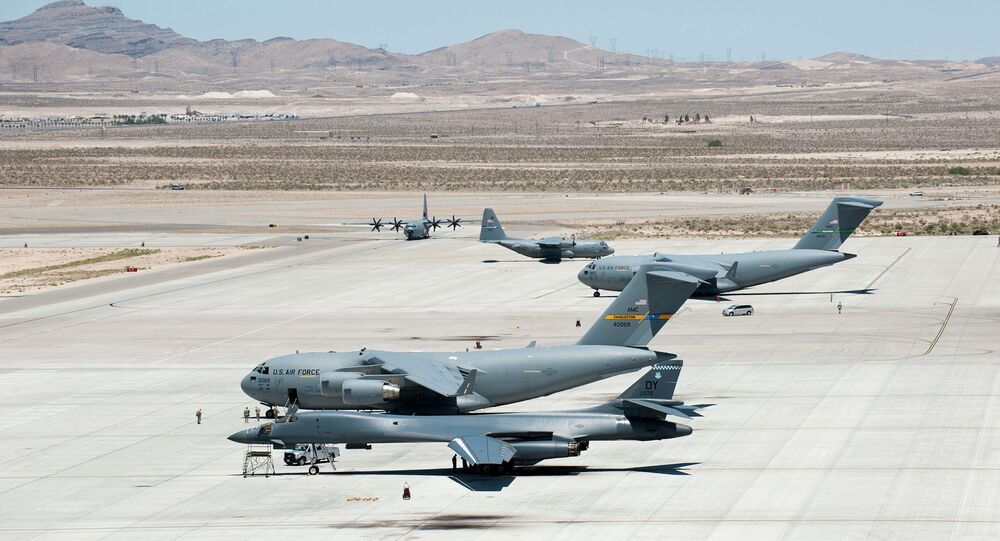 For years, the US Air Force has knowingly contaminated the land around its bases with carcinogenic chemicals known as PFAS, which are contained in the service’s firefighting sprays. However, now they’re affecting the US food supply: one dairy farmer in New Mexico must slaughter 4,000 cows due to PFAS poisoning.

PFAS is nothing new — not to the Air Force and nor the Environmental Protection Agency — and yet despite knowing about its toxic properties, both agencies have sat on their hands about preventing it from running off US air bases and contaminating the water supply around them, New Mexico Political Report wrote on Tuesday. That is, until farmers started losing thousands of head of cattle and destroying tens of thousands of gallons of milk tainted by the substance.

The farmers' bodies are loaded up with PFAS, too. One New Mexico dairy farmer, Art Schaap, has eight to 10 times the normal level of PFAS in his blood stream, the publication Wisconsin State Farmer wrote on Tuesday. Linked to cancer, thyroid disease, lowered immunity and developmental disorders, among other serious health problems, the substance has tainted the land around 121 Air Force bases, according to the US Department of Defense.

Despite this, the EPA has yet to regulate PFAS, even though in 2016 it issued a "lifetime health advisory" on consuming PFAS. It promised only last week to regulate the substance by the end of the year, but has no plans for a cleanup.

Because of PFAS runoff, Schaap is now dumping 15,000 gallons of milk — that's a lunch carton for nearly a quarter-million children, NM Political Report notes — down the drain every day and facing the imminent extermination of his entire herd of 4,000 cows. A 2018 water test by the Air Force showed 171 times the safe level of PFAS in Schaap's well.

In October, the US Congress changed its rules for the Federal Aviation Administration, permitting it to use flame retardants other than PFAS, paving the way for their use to end, Chemical Watch reported at the time. The ban will cover the large number of airports and airstrips in use by state, commercial and private air traffic, but not the US Air Force. In addition, Washington state passed a ban on use of PFAS earlier last year, the outlet noted.

"Our focus is drinking water for human consumption — not for agriculture, not for anything else," Air Force spokesperson Mark Kinkade told Searchlight.