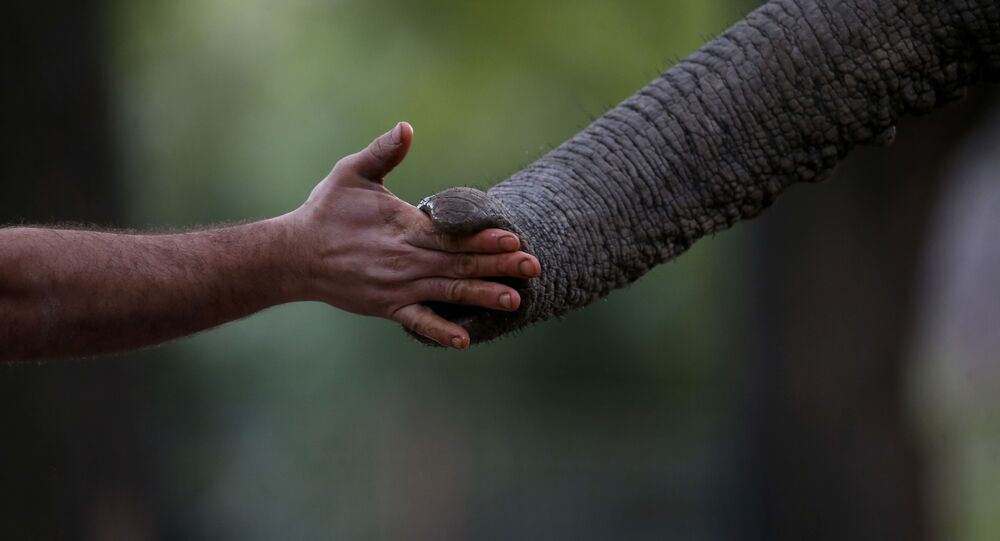 India’s highest court has decreed that an obstructing wall built illegally by a state-owned oil refinery in the nation’s heavily-forested northeastern regions must come down.

© AP Photo / Jacquelyn Martin
US Voters Back Dems Plan to Reopen Govt Amid Ongoing Border Wall Debates - Poll
In a Friday ruling, the Supreme Court of India dismissed an appeal from an oil refinery to maintain a wall in an elephant migration corridor in the Deopahar Reserve Forest in Golaghat, in the extreme northeastern regions of India.

Illegally built in a heavily-forested area, the wall obstructs elephant migration and other wildlife movement, according to reports and studies from environmental groups and wildlife organizations.

In striking down the appeal from state-owned fossil fuel facility Numaligarh Refinery Ltd, the nation's top judges noted that "Elephants have first right on forest," cited by the NEnow.in news group.

A lawsuit to demolish the man-made forest barrier first gained traction following the May 2015 death of a 7-year-old male elephant due to a ‘severe haemorrhage' after it attempted to smash its way through the oil refinery wall.

Environmentalists recorded multiple instances of elephants using legacy migration pathways attempting to get through areas in which the refinery had illegally constructed barriers.

The walls, built in an area declared in 1996 by the Ministry of Environment, Forest and Climate Change to be a No Development Zone, prevented the migration of the huge mammals and presented a danger to their livelihood, according to animal researchers in the region.

A regional court allowed for the refinery to open a small part of the wall in 2016. Environmentalist groups and locals working together then successfully fought for the demolition of the entire wall.