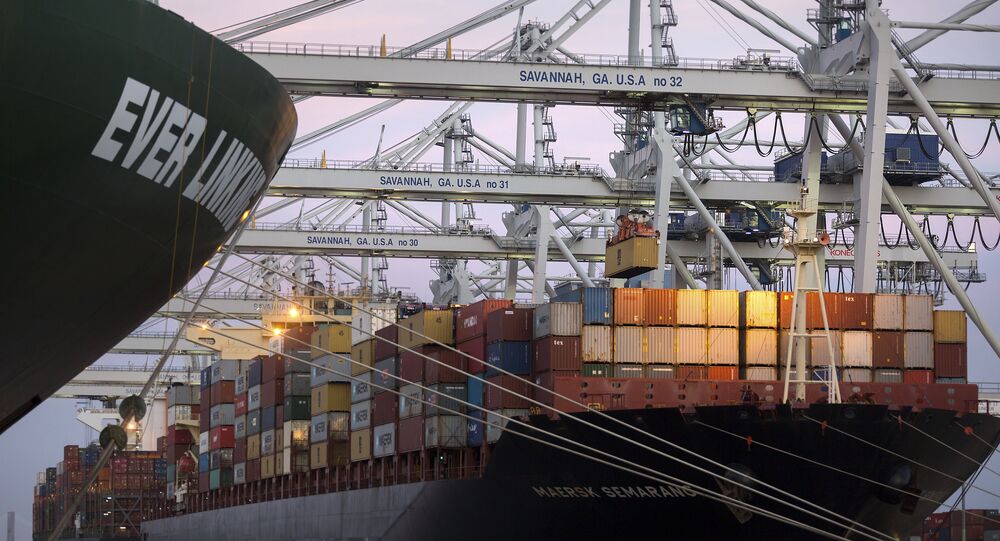 The largest maritime shipping company on earth has pledged to end its use of fossil fuels, offering the move as a challenge to the rest of the industry.

© REUTERS / Juan Carlos Ulate
No Oil, No Army: Costa Rica First Nation to Eliminate Fossil Fuels
Denmark-based AP Moller Maersk on Wednesday announced that it will phase out fossil fuels by 2050, a significant goal for a multinational that is part of a sector responsible for some three percent of global greenhouse gas emissions, according to a report from the United Nations.

According to industry watchers, Maersk — as the world's largest maritime shipping company — accounts for some 20 percent of overall seabased freight traffic.

In announcing its intention to switch to carbon-neutral engines by 2030, Maersk must invest heavily in clean power for their massive container ships.

"The only possible way to achieve the so-much-needed decarbonization in our industry is by fully transforming to new carbon neutral fuels and supply chains," noted Maersk executive Søren Toft, cited by Reuters.

Beginning in 2007, according to company statements, Maersk has seen its carbon footprint drop an estimated by 46 percent, made possible in part through the use of a $1 billion investment in new technologies, including hiring large numbers of engineers to identify solutions, cited by Qz.com.

The strategy of the United Nation's International Maritime Organization, in calling on its 173 member countries to halve 2008 emission levels by 2050, is reflected in Maersk's lofty goal of carbon-neutrality, according to Reuters.

Beyond the problem of global warming through human-induced climate change, however, the use of ‘bunker fuel' to power ship engines reveals a sulfur content estimated to be a whopping 3,500 times that of fuel used in diesel automobiles.

A heavy smog-producer, sulphur is linked to many severe health problems, including heart disease, pregnancy complications, birth defects and asthma.