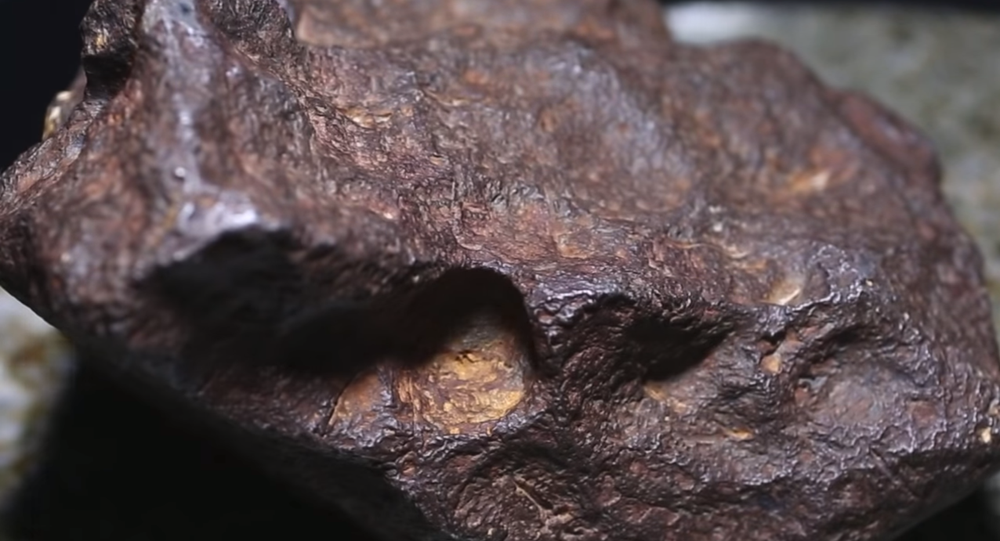 A central Michigan man surprised scientists recently when he presented a 22-pound space rock found on a farm that he’d been using as a doorstop and show-and-tell prop. Now he has to decide whether to give it to science or cash in on its estimated $100,000 price.

The man, who asked to remain anonymous, came into possession of the meteorite when he bought a farm in Edmore, Michigan, in 1988. The man he bought it from told him his father had found the meteorite in a small crater back in the 1930s after it crashed into the property. "It made a heck of a noise when it hit," the seller said, ABC 12 reported.

After moving away a few years later, the man took the rock with him, using it as a doorstop and sending it to school with his children for show-and-tell.

Then, when a meteor streaked across midwestern skies this past January, he read stories about people finding hunks of the shooting star and selling them. That gave him an idea: "I said, 'Wait a minute. I wonder how much mine is worth,'" he told Central Michigan University's CMU News.

That's how his hefty bit of space wound up on the desk of Mona Sirbescu, a geology faculty member in Earth and atmospheric sciences at CMU, who said she "could tell right away that this was something special" when the man pulled the rock from his bag.

And indeed it is something special. The sixth-largest meteorite ever found in Michigan, the rock could be worth $100,000. An X-ray fluorescence instrument determined it to be 88 percent iron and 12 percent nickel — a very pricey metal down here on planet Earth.

Sirbescu cut off a slice of the rock, polished it and sent it to the Smithsonian Institution in Washington, DC, which confirmed her conclusion.

ABC 12 indicated the institution, which is sometimes called "the nation's attic" for its enormous and eclectic collection of memorabilia (or so it claims), may seek to buy either the piece sent to it or the entire meteorite, which is now known as the Edmore meteorite.

Other people have also expressed interest in buying it, including a geology museum in Maine as well as that museum's curator, who wants it for their private collection.

Do you have a rock you think is a meteorite? Apparently many people do. Sirbescu said she's been asked by people for years about their finds.

"For 18 years, the answer has been categorically 'no' — meteor wrongs, not meteor-rights," she said.

According to the DIY website WikiHow, some of the telltale signs a given pebble might've plummeted from the stars include having an irregular shape, being at least weakly magnetic, having a surface that looks like it's melted and resolidified, and having shiny little metal flakes visible under a magnifying glass on its surface.