As if an impending early-July visit by a strikingly unpopular US president will not be enough to unsettle city residents, now London is facing an invasion of toxic caterpillars.

Health warnings have been issued in much of southern England, as well as in the capitol city of London, after a widespread hatching of ‘toxic' caterpillars has caused asthma attacks, vomiting and skin rashes, according to the BBC. 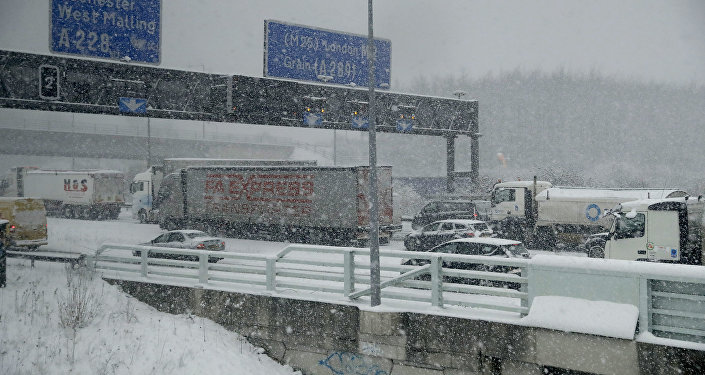 The larval stage of the oak processionary moth (OPM) — those cute fuzzy little caterpillars we delight in seeing amble their way across our palm on a sunny day — are reported to be causing fevers, as well as eye and throat irritation, according to a UK Forestry Commission statement.

People who come in contact with the tiny critters have been advised to give them a wide berth, and particularly warn children from touching the larvae.

Some of the largest infestations have been recorded in the greater London area, according to reports.

The larvae of the OPM (known academically as Thaumetopoea processionea) were first identified as beginning to emerge from egg clusters in mid-April, and trees containing the clusters were treated on April 23, as reported by a Forestry Commission statement.

"The treatment program is expected to continue until late May or early June," a Forestry Commission spokesperson said, after which time "the caterpillars will be too large to be affected by our preferred treatment product," cited by BBC.

Gardeners and others who come in contact with the caterpillars have been put at risk according to reports, with one worker said to have been made "violently sick" after clearing out an allotment which contained an oak tree that was infested with OPM larvae.

Health officials warn that people who come in contact with the creatures must not touch or approach nests or individual caterpillars, or allow children to handle the creatures.