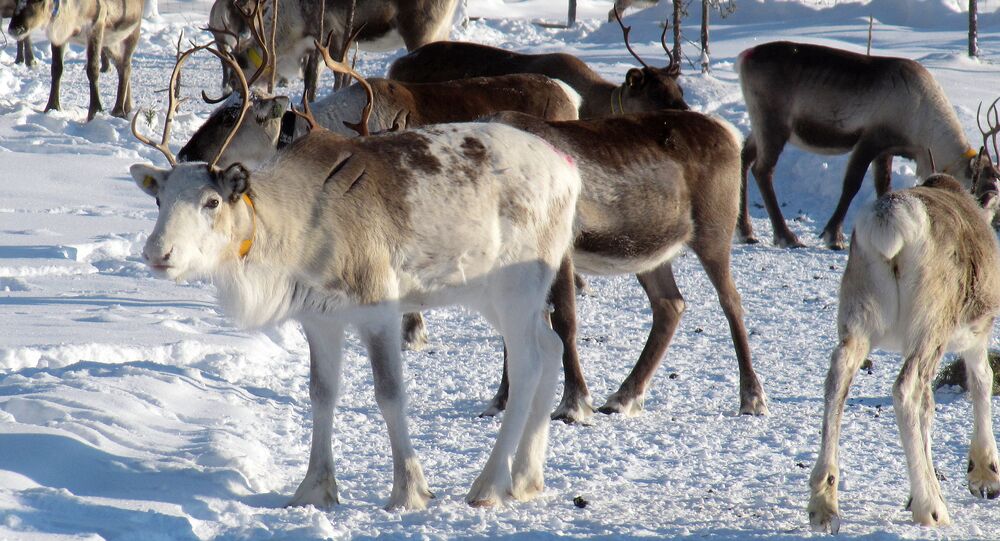 Although reindeer aren't actually taking up arms, a bitter conflict has pitted herders against other locals in the extreme north of Finland, which may force the government to intervene.

Reindeer herders from the regions of Kainuu and Northern Ostrobothnia have launched a campaign aimed at achieving year-round breeding rights for their animals throughout the whole of Lapland, rather than only in special regions of the indigenous Sami people, the local newspaper Lapin Kansa reported.

Local residents, however, were not impressed with the reindeer herders' entrepreneurial spirit, citing possible damage to farming and forests, which, they claimed, undermined their livelihoods. As a result, the disgruntled locals appealed to the Ministry of Agriculture and Forestry with a request to tighten the rules governing reindeer breeding, effectively stopping free-range reindeer herding south of Lapland.

"People do not look after their livestock as the law obliges," campaigner Helena Hietarinta told the Aamulehti daily, arguing that reindeer herding "blatantly violated the constitution." She also claimed that many locals were afraid to speak out about "rogue reindeer herding" for fear of threat and retaliation.

© CC0
Oh, Deer! Norway, Sweden Squabble Over Reindeer Grazing Across Borders
The reindeer herders, in turn, started a counteroffensive, contending that they have become a target for threats and vandalism.

To put an end to the "reindeer riot," a web survey on the benefits and drawbacks of free-range reindeer herding was conducted by the Ministry of Agriculture and Forestry; its results are expected to be published later this month. The Center Party, currently the largest in the government, is likely to intervene in the dispute, as the issue of reindeer herding will be one of the topics addressed during their coming congress, scheduled for June.

​Finland's population of reindeer is currently estimated at about 200,000. Reindeer husbandry is mostly limited to the traditional Sami regions of the country, where it has been a staple of the economy for hundreds of years. About 2 million kilograms of reindeer meet is produced annually in the Nordic country. The total annual revenue from reindeer husbandry has been estimated at about €60 million ($75 million), according to the International Center for Reindeer Husbandry.

In Finland, anyone living within the area of Finnish reindeer husbandry who is a citizen of the European Union has the right to own reindeer, in contrast to the situation in Norway and Sweden, where only Sami people are legally permitted to own reindeer. According to the current regulations, reindeer within the herding areas are free to roam. Outside the Sami homeland, reindeer herders are obliged to build fences to contain their animals.

Nevertheless, the number of reindeer herders has seen a steady decline over the past decades, shrinking by almost the half in the past 27 years (from 7,556 in 1990 to only 4,430 in 2017), the Finnish Reindeer Herders' Association reported.

The Sami people (also known the Saami or Lapps, although the latter term is sometimes perceived as somewhat derogatory) are a Finno-Ugric people inhabiting northernmost areas of Norway, Sweden, Finland and Murmansk Oblast in Russia. Finland is home to about 10,000 Sami.

Happy Sámi National Day! The #Sámi, whose homelands stretch across northern #Finland, Sweden and Norway and a corner of northwestern Russia, are the only indigenous people of the European Union. https://t.co/dv3wW9WHov pic.twitter.com/oIsmdsvGRc

Apart from #NorthernLights, I can give you ONE MORE REASON to visit #Lapland this winter & that is to meet the charming #Sami People #MyTravelDiary #Travel #ttot #Finland What to know more? READ HERE https://t.co/zNhBsC6qek pic.twitter.com/ycogv7X59A