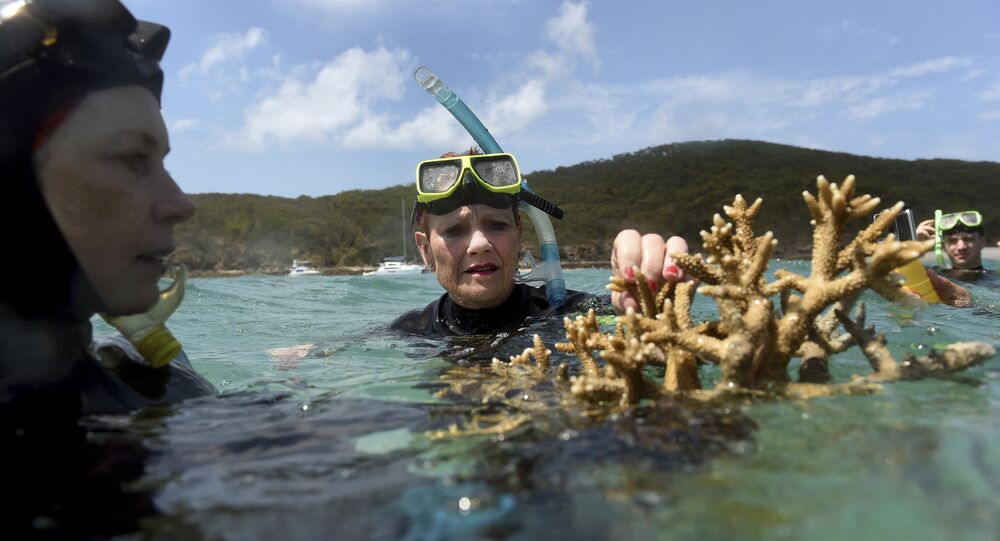 On Tuesday, the Australian government urged the world’s best scientists to come up with ideas to protect the Great Barrier Reef from coral bleaching, pledging to dish out $1.6 million to fund research projects aimed at protecting the UNESCO World Heritage site.

The world's largest living structure is in jeopardy thanks to major coral bleaching caused by warming sea temperatures due to global warming. The 1,400 mile-long structure is also in danger of permanent damage from farming runoff and crown-of-thorns starfish consuming coral tissue faster than it can regrow.

According to UNESCO's June 2017 report on coral ecosystems, "soaring ocean temperatures in the past three years have subjected 21 of 29 World Heritage reefs to severe and/or repeated heat stress and caused some of the worst bleaching ever observed at iconic sites like the Great Barrier Reef."

According to Australian Environment Minister Josh Frydenberg, "the scale of the problem is big and big thinking is needed, but it's important to remember that solutions can come from anywhere."

He also added that the funds could be used by the world's "greatest scientific minds, industry and business leaders, innovators and entrepreneurs," Raw Story reported.

"Solutions could focus on anything from reducing the exposure of corals to physical stressors, to boosting coral regeneration rates by cultivating reef-building coral larvae that attract other important marine species," Frydenberg said.

The Australian government has apportioned $200,000 of the funds for the initial feasibility stage, during which scientists will assess the technical and commercial feasibility of their research proposals for a maximum of six months.

Following the initial phase, another roughly $800,000 will be made available to the researchers with the best proposals for the year-long development and testing of prototypes. Successful applicants will then be granted intellectual property rights over their innovation so they can commercialize their inventions.

Even though 2017 marks the second year that the corals, home to many species of fish and underwater life, have been damaged by severe bleaching, UNESCO's World Heritage Committee decided against including the Barrier Reef on its list of sites in danger of irreparable damage last year.

In a document that was adopted last year, the World Heritage Committee stated that there was "serious concern" regarding coral bleaching along the Great Barrier Reef and requested a government report updating the state of conservation by December 2019.

The Australian government applauded UNESCO's decision to leave the site off the "in danger" list.

"The announcement overnight from the World Heritage Committee is a big win for Australia and a big win for the Turnbull government," Frydenberg said last year, Australian state broadcaster ABC reported.

"We've received a strong endorsement that our Reef 2050 plan, which is a coordinated, integrated plan with the Queensland government, is working," he added, referring to plan presented by the Australian and Queensland governments in March 2015 that outlines actions, objectives and outcomes to preserve the reef from short and long term damage.