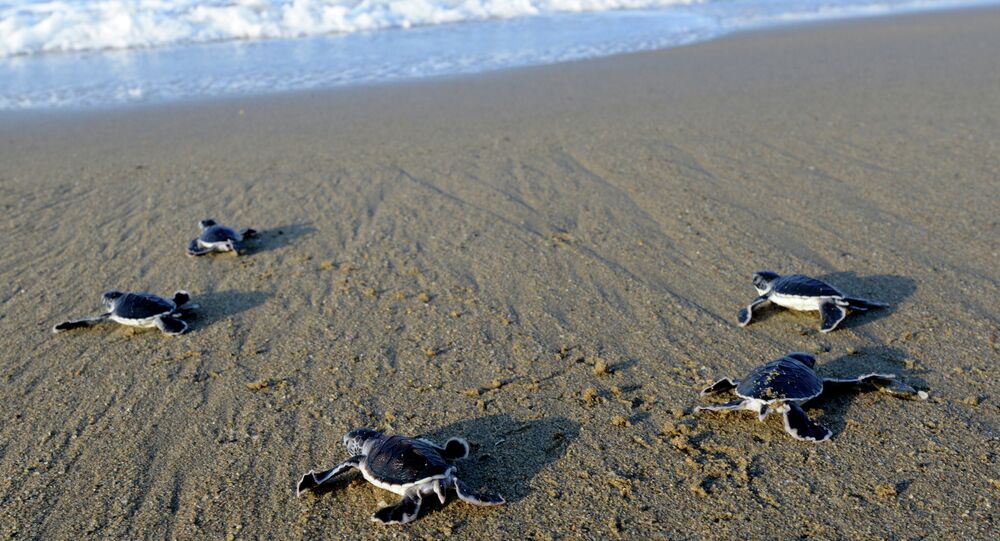 Since green sea turtles are species with temperature driven sex-determination, warmer waters mean more females are being born into the turtle communities.

"This is one of the most important conservation papers of the decade," David Owens, a biologist not involved in the study, told the Washington Post, adding that within in a few decades "there will not be enough males in the sea populations."

No males translates to no turtles reproducing, which suggests the species could eventually become extinct.

© Photo : Youtube/Sputnik
See Thousands of Newborn Sea Turtles Scurry Down the Beach to the Pacific Ocean

Looking at more than 400 nesting populations along the Great Barrier Reef (GBR), researchers found a "moderate female sex bias" born in cooler temperatures in the southern region, but that in warmer waters in the north, more than 99 percent of turtles were female.

"With average global temperatures predicted to increase 4.7 degrees Fahrenheit by 2100, many sea turtle populations are in danger of high egg mortality and female-only offspring production," the report warned.

"Combining our results with temperature data show that the northern GBR green turtle rookeries have been producing primarily females for more than two decades and that the complete feminisation of this population is possible in the near future," the paper said. "With warming global temperatures and most sea turtle populations naturally producing offspring above the pivotal temperature, it is clear that climate change poses a serious threat to the persistence of these populations."

However, lead author Michael Jensen from the National Oceanic and Atmospheric Administration (NOAA), told the Guardian that though the findings are "a bit alarming," all hope is not lost just yet.

"While we can hope there might be some cooler years to produce a few more males, overall we can expect the temperatures to increase," he said.

The study was a group effort by NOAA, California State University and the Worldwide Fund for Nature Australia.