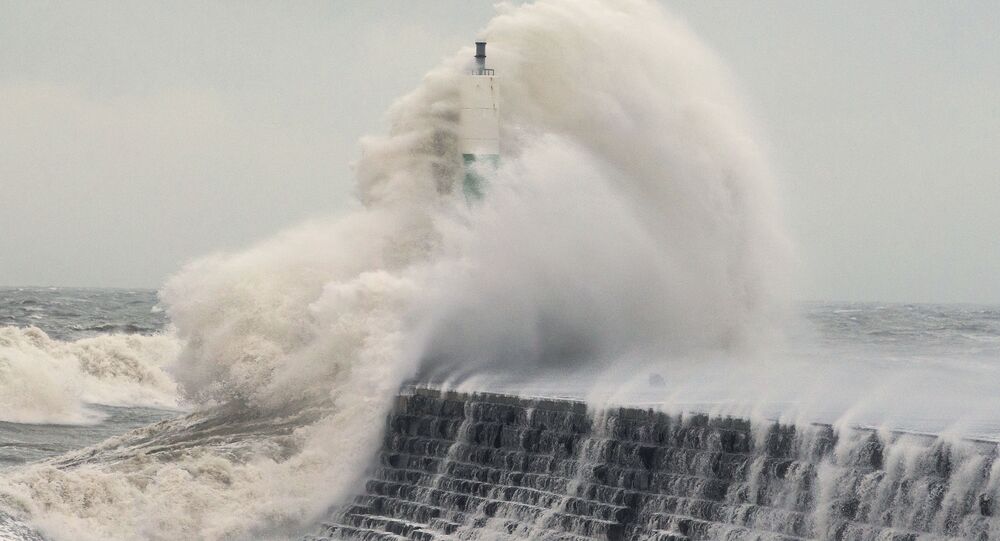 An amber weather warning has been issued across large swathes of Britain and Northern Ireland as forecasters say gale-force winds could put lives at risk, British media reports said.

Almost 25,000 homes have been left without power in Britain as the storm Eleanor thrashes the UK with winds of up to 90 mph while a yellow weather warning has been issued for southern parts of Northern Ireland, Scotland and northern England.

Ferry crossings to and from the Isle of Man have been cancelled and the Irish meteorological service has issued an amber warning for the country, the BBC reported.

A video from Galway in the Republic of Ireland shows the city docks flooded as rising water breached defenses and police and council workers were blocking streets, diverting traffic and handing out sandbags.

Coastal roads and houses along Britain’s western and southern coasts are vulnerable to high waves generated by winds of up to 80 mph in some western coastal areas.

​The authorities have warned that high winds and tidal waves could bring coastal flooding until Thursday, with a total of 65 flood warnings and dozens of alerts issued across the country, a Sky News report said.

Last week, an amber warning for wind was issued as the storm Dylan hit parts of Northern Ireland and Scotland.

The storm Abigail became the UK’s first named storm in November 2015, and Aileen was named by the Met Office as the first storm of the 2017/18 storm season in September 2017, followed by the storm Brian.

In December Britain was hit by the storm Caroline while the worst of Storm Dylan narrowly avoided the North East on New Year’s Eve.

Thanks for keeping me up all night Eleanor!! #storm #windy #