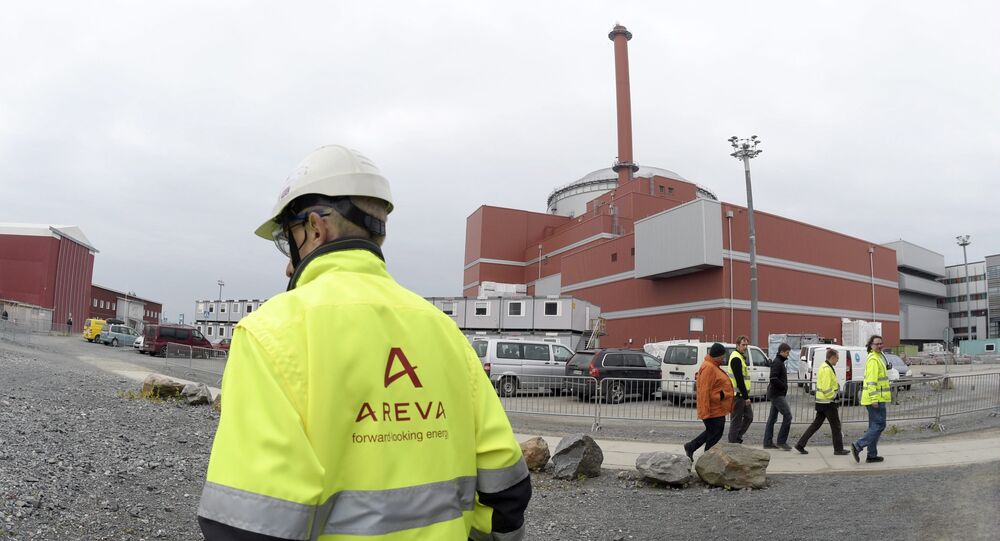 A number of local MPs in Greater Helsinki have proposed building small nuclear reactors to produce heat. While this measure is being touted as an eco-friendly solution in the Nordic nation, which is one of Europe's foremost consumers of electricity per capita, it will also require a change in laws to become reality.

Amid the perennial goal of diminishing the environmental footprint, "local" nuclear reactors are being promoted as a handy solution in Finland's metropolitan areas put forth from MPs in Helsinki, Espoo and Kirkkonummi.

Unlike traditional power plants, which all require burning something, be it coal, natural gas or biomass, small nuclear plants are heat-intensive and may be pivotal in removing carbon dioxide emissions in electricity generation, Rauli Partanen, the vice president of Finland's Ecomodernist Society.

© CC BY-SA 3.0 / FinnWikiNo / JEEP II, Nuclear power plant at Kjeller, Norway
IAEA Finds Fault With Half of Norway's Nuclear Reactors
Partanen earlier this year published an investigation on how small, up-to-the-minute nuclear reactors could fully or partially overtake the heat supply of the metropolitan region. According to him, Helsinki's decision to cut on coal-generated power has left a considerable gap in the Scandinavian country that lacks energy resources of its own.

"The production of small reactors is now commencing, China is likely to have the first in mass production already next year, with the US and Canada to follow," Partanen told the Hufvudstadsbladet daily.

The future small-scale reactors are expected to have a capacity of anywhere between ten and several hundred megawatts, depending on their purpose. Partanen admitted however, problems in connection with their placement in the most densely-populated part of Finland, as well as predicted resistance from locals, many of whom will be likely to protest such proximity.

According to Partanen, however, small nuclear reactors pose no danger to their surroundings. The impact will be so low that the reactors will be able to cool down without external action or stall automatically in case of malfunction.

© CC BY 2.0 / Antti Lankinen / Talvivaara
Radiant Idea! Accident-Prone Finnish Company Paves the Way for Uranium Mining
Finland's Radiation and Nuclear Safety Authority (STUK) launched an investigation into the security of small reactors, while the Technical Research Center of Finland (VTT) familiarized itself with their concept and acknowledged them as an alternative means of heat production in the future.

If Finland were to take up the use of small nuclear reactors, a change of legislation is required. Currently, a parliamentary ruling is required for any company aspiring to construct a nuclear facility. In addition any reactor must have a separate permit. According to Partanen, a global licensing procedure should be introduced, similar to what is currently being done with aircraft models.

However, the idea of using local NPPs was met with criticism in the Finnish political establishment. Kirkkonummi MP Anders Adelcreutz dismissed the idea as expensive, while Esbo MP Anders Portin (both of the Swedish People's Party) argued that Finland should instead put an emphasis on renewable energy sources.

​At present, Finland has two nuclear power plants in action having two reactors each — the Soviet-built Loviisa NPP and the Swedish-built Olkiluoto NPP. A third NPP is currently slated for construction on the Hanhikivi peninsula. It is to house one Russian-designed VVER-1200 PWR reactor intended to supply 10 percent of Finland's energy demand.

Both units at Fortum’s Loviisa nuclear power plant are back in production after their annual maintenance outages https://t.co/fIp4Xyrk1d pic.twitter.com/jegpl5Pnpy

​​Since 2012, production capacity of about one fifth of the nation's peak consumption has been gradually taken out of service, which is believed to have undermined Finland's self-sufficiency in terms of crisis, with numerous experts warning of electricity shortages.

At present, however, Finland remains one of the EU's biggest energy consumers per capita due to a strong power-intensive industry, high standards of living, cold climate and long distances.