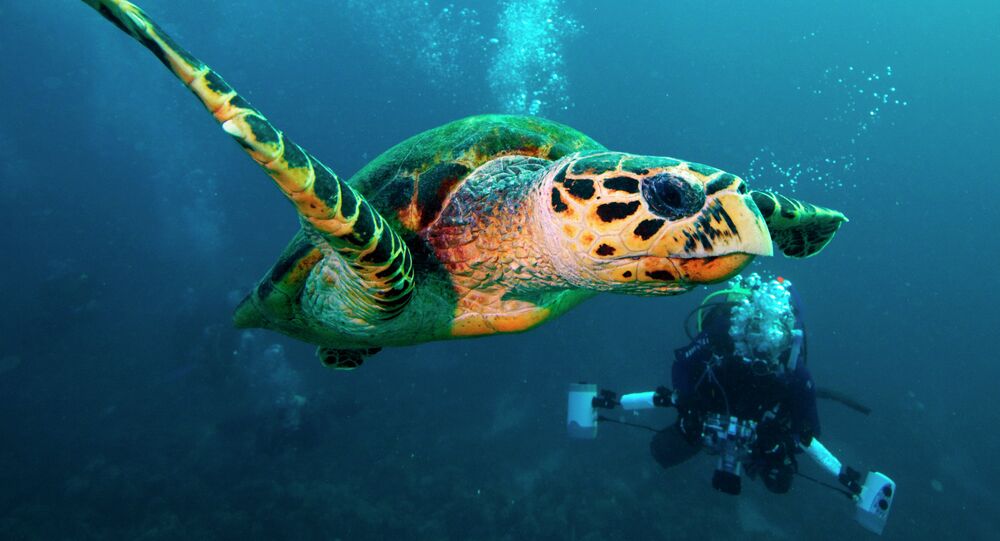 By order of Mexican President Enrique Pena Nieto, an archipelago referred to as the “Galapagos of North America,” will become a marine park the size of the state of Illinois.

The archipelago of Revillagigedo, located some 242 miles southeast of the Baja California peninsula, is now a national park. With a protection zone of some 57,000 square miles, it is now the largest maritime reserve in North America.

The Mexican president tweeted the decree, expressing his "commitment to the preservation of the heritage of Mexico and the world."

© AP Photo / Alex Brandon
Trump Urges for Mexico Wall as Border Patrol Officer Dies From Injuries on Duty
The archipelago has been referred to as the "Galapagos of North America," due to its abundance of species of animals and plants, including rays, humpback whales, sea turtles, lizards and many migratory birds, the Guardian reports.

The Galapagos islands, located 600 miles west of Ecuador, are known for their abundance of endemic species, which inspired the world-renowned biologist Charles Darwin to develop religion-shaking science.

Its ecosystem is central to some 400 species of fish, including the commercially fished tuna and sierra, and Mexican authorities believe that creation of the reserve will allow their populations to recover.

No fishing is allowed within the national park, which will be now patrolled by the navy, according to the BBC. Mining and extracting of natural resources is also forbidden within the protected area.

The Mexican Environment Ministry and the country's navy "will carry out surveillance, equipment and training activities that will include remote monitoring in real time, environmental education directed at fishermen and sanctions against offenders," Pena Nieto said.

According to Matt Rand, director of the Pew Bertarelli ocean legacy project, "it wasn't an easy decision because they had significant opposition from the commercial fishing industry, which I think is unfortunate,"

"I would love to see a commercial industry embrace this notion that certain areas should be protected," Rand said, according to Huffington Post.

Bear Accidentally Gets Sucked Down Waterfall in Yosemite National Park