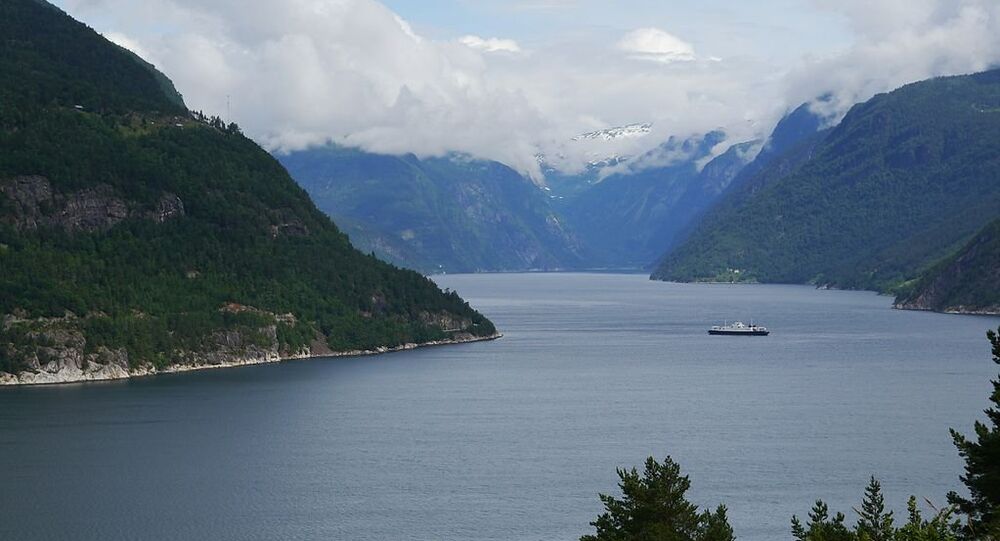 Out of Depth: Electricians Stumble Upon Ship Graveyard in Norwegian Fjord

Exploration works prior to the construction of an international maritime power cable have unintentionally located dozens of shipwrecks from various eras resting at the bottom of Norway's second-longest fjord.

Explorers surveying the sea bed for the international Northconnect project, which plans to draw a giant power cable between Norway and Scotland, have accidentally stumbled upon 26 shipwrecks on the bottom of the 179-kilometer-long Hardangerfjord, Norwegian national broadcaster NRK reported.

The study of the seabed was conducted between Bømlo in Sunnhordland and Norheimsund in Hardanger. Although the survey was limited to a few hundred meters in width at most, shipwrecks were found throughout the entire route.

The company hired archeologist Thode Karlsen of the Bergen Maritime Museum to help evaluate the numerous findings and possibly identify them.

"When you find so many shipwrecks on such a small strip in such a large fjord, it clearly says how much is still left to be discovered," Thode Karlsen told Norwegian national broadcaster. By his own admission, one of the wrecks was found at a depth of 346 meters, and the crew's capabilities are technically limited.

© CC BY 3.0 / Orcaborealis / Efjord
On the Rocks: Norwegian Retiree Stumbles Upon World's Oldest Boat Depiction
According to Karlsen, at least several of the findings are doubtlessly cultural memorials, such as the Express, which sank outside Bømlahuk in 1873. Many of the findings are as old as the early 1800s, whereas others are from recent times and might have been intentionally sunk during WW2 to block Nazi German warships from entering Norwegian waters.

In addition to the shipwrecks, other curiosities were found, leaving the archeologist baffled over how they had landed in the fjord.

"It was a little weird to discover a veteran car lying upside down in the middle of the fjord without anything around it. Makes you wonder," Karlsen said.

With a planned capacity of 1400 MW and a length of 655 kilometers, the Northconnector is intended to facilitate energy trade between Norway, the UK and continental Europe. At present, it is tentatively routed from Simadalen at the end of the Hardangerfjord in Norway, across the North Sea to Long Haven Bay, south of Peterhead in Scotland.

​The Hardangerfjord is located in Hordaland County north of Bergen and is the world's fourth-longest fjord in the world, stretching 179 kilometers from the Atlantic Ocean to the inland Norwegian mountains along the picturesque Hardangervidda plateau.