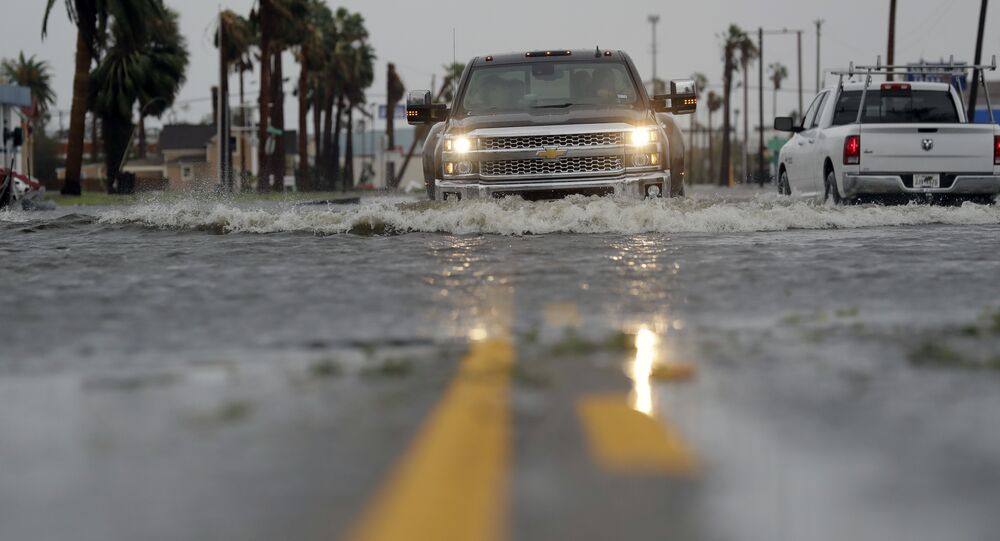 Slow-moving Hurricane Harvey - the strongest storm to hit the US in over ten years - is knocking down structures and flooding rivers in the region, and much more rain is expected over the next three to five days.

A powerful and slow-moving Category 4 hurricane in the Gulf of Mexico that came ashore in southwest Texas on Friday night — lashing the coast with winds of up to 130 mph and dumping huge quantities of rain — has resulted in widespread damage and flooding as rain, wind and tornadoes continue to pound the region.

While Harvey has now weakened to a tropical storm, it's walking pace over hundreds of mile square miles of low-lying coastal territory is resulting in some the highest rainfall predictions in the history of weather record-keeping, as residents and first-responders prepare themselves for the worst.

On Friday night, the eye of the hurricane hit the Texas coastal city of Rockport "right on the nose," and left "widespread devastation," according to the city's mayor, cited by multiple sources.

On Saturday morning an estimated 300,000 consumers were left without power along the Texas coast and at least 20 inches of rain had been recorded in some locations.

Following a Friday request from Texas Governor Gregg Abbott, US President Donald Trump signed on order declaring the region a disaster area, authorizing the release of millions of dollars in emergency aid.

Current meteorological forecasting is calling for as much as 30 inches of rain by Wednesday, with some areas predicted to receive as much as 40 inches, cited by Stripes.com.

While local officials did not downplay the seriousness of the storm, they also did not issue mandatory evacuation orders, either.

"We are not having a hurricane," said a top elected official for the county that includes Houston, the fourth largest city in the US, "We are having a rain event."

Although officials claim that the danger is far from over, locals are more optimistic or, at least, philosophical.

A 55-year-old insurance agent interviewed by Stars and Stripes downplayed the dire warnings.

"I don't think anybody is really that worried about it. I've lived here my whole life," he said, adding, "I've been through several hurricanes."

Harvey is the strongest hurricane to hit Texas since Hurricane Carla in 1961.