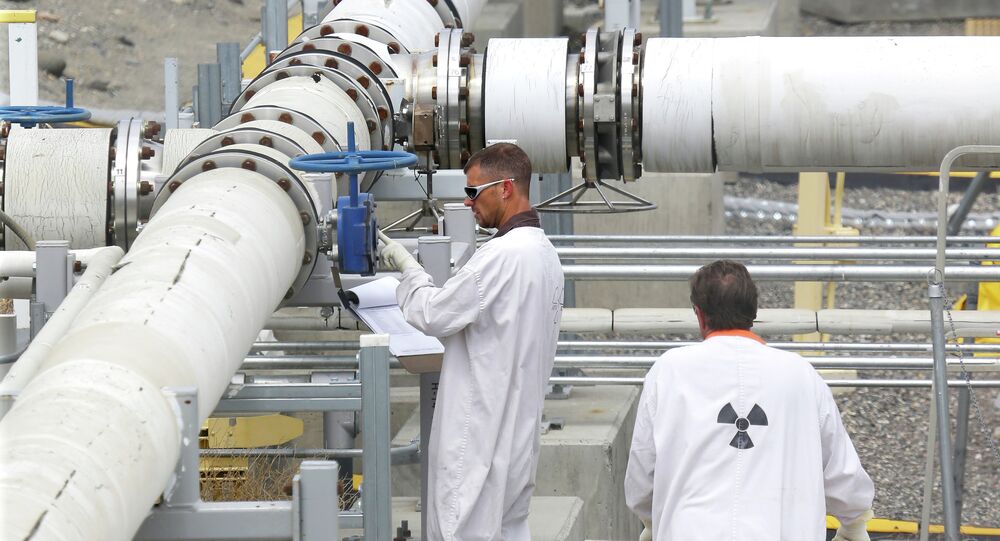 Air samples from the Hanford Nuclear Reservation in Washington State have revealed that radioactive plutonium and americium particles that may have leaked out during a demolition of a contaminated building on the grounds of the former plutonium processing complex.

The air samples were collected on June 8 at the Rattlesnake Barrier, the edge of the nuclear site, which is right next to public Highway 240. Analysis has revealed that "very, very low" quantities of radioactive particles had contaminated the air, according to John Martell, manager of the Radioactive Air Emissions Section of the Washington State Department of Health (DoH).

"The level is interesting from a regulatory point of view, but is not a health risk" to the public, added Martell's colleague Mike Priddy, manager of the DoH's Environmental Sciences Section. The plutonium levels did not exceed state air quality standards, while the levels of americium were reported as being three times the state limit — but that standard is based on the areas that people live and work. Nobody lives in the area in question, as the sides of Highway 240 are closed to the public.

© AFP 2020 / BRENDAN SMIALOWSKI
Trump: 'I'd Like to De-Nuke the World', but US Will Remain Top Nuclear Power

However, the DoH was not expecting to find airborne contamination at Rattlesnake, which is three miles away from the demolition site. The wind that day was blowing in the opposite direction, as well — although Martell did speculate that an eddy of wind may have blown the particles toward them.

June 8 was also the day that workers at Hanford's Plutonium Finishing Plant were instructed to take cover indoors as a highly contaminated facility was to be demolished and a release of radioactive particles was expected.

Hanford employees were told in a memo that the DoH considered the radiation to be "below levels that would be of concern for human health." Employees at the site who were contaminated by the demolition inhaled 1 millirem of radiation — by comparison, an x-ray is 10 millirem and the legal limit of exposure is 5,000 millirem per year.

The DoH and Department of Energy officials investigating the radiation say that they have not conclusively linked the presence of the particles to the demolition.  No contamination was found by the Columbia River, which is downwind of the Plutonium Finishing Plant.

Most of the sprawling facility was decommissioned after the Cold War, and it is now the most contaminated site in America, with 53 million gallons of liquid nuclear waste and 25 million cubic feet of solid nuclear waste stored at the facility. It is now the site of the nation's largest environmental cleanup.