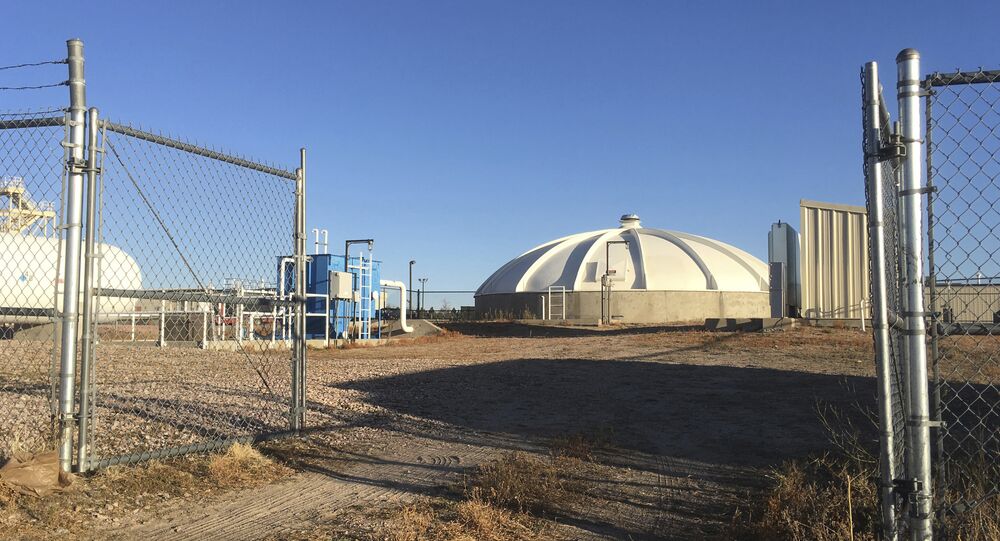 Three Colorado communities have been saddled with the cost of cleaning up the USAF’s toxic destruction of local water supplies.

© AP Photo / Eugene Hoshiko
Banned Pollutant Detected in Water Under US Marine Base on Okinawa
The US Air Force (USAF), which for decades used liberal amounts of poisonous firefighting foam in daily operations at local airbases, has refused to reimburse three small Colorado communities after water-purification efforts were implemented to counter toxins at levels some 1250 times above what the US Environmental Protection Agency claims is safe.

Highly toxic firefighting foam used at Peterson Air Force base has for years seeped into the groundwater of the Widefield Aquifer in the Centennial State's El Paso county, resulting in undrinkable water with dangerous levels of poisons.

Within the county, the towns of Security, Widefield and Fountain have spent an estimated $6 million to counter and contain the toxins — as well as to attempt to purify the water so that it can be safely used — with an additional projected $13 million to be spent by the end of 2018, according to a report from the Associated Press.

The USAF has offered lots of bottled water to the towns, as well as a promise that they will "study" the aquifer's destruction — but has flatly refused to reimburse any costs for the cleanup, according to Stars and Stripes.

The Air Force, in offering just $1.7 million for use by the water district as well as millions of dollars of consumer-grade filters and bottled water, is unrepentant, according to a spokesman for the force.

Local politicians have reacted strongly, although they too acknowledge that getting anyone within the military infrastructure to acknowledge responsibility is problematic at best.

"We really need financial help," stated Roy Heald, the Water and Sanitation District head for the town of Security, Colorado.

Agreeing that the USAF must accept responsibility for the poisoning of the water supply, and that the towns, the county, and the water district "need to be compensated," Republican state Senator Bob Gardner of Colorado Springs added, "the military needs to go ahead and step up," cited by Stripes.com.

The USAF reiterated its intention to "study" the issue through 2019, without offering to take any form of definitive action in addressing the county's foul water supply.

When asked for clarification, the USAF offered an email response.

"The Air Force does not have the authority to reimburse communities for costs incurred in dealing with environmental contamination issues."

Rate hikes for water service are expected in the affected districts.

US State of California Passes Bill Limiting Rules on Pollution