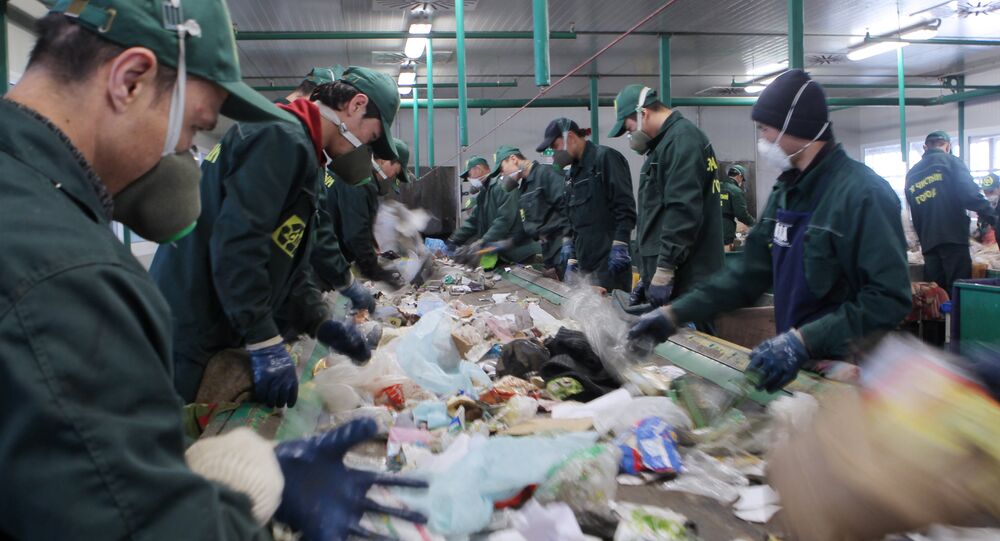 Russian scientists have developed a pioneering technology that can create environmentally friendly packaging materials from biodegradable compositions based on polyethylene and various natural fillers. This is a chance to defeat one of the causes of environmental pollution in Russia.

Usually, it takes up to 200 years for polyethylene bags to decay in nature. Most of the packages produced under the label "biodegradable" don't decompose much faster.

© AP Photo / Mike Eliason/Santa Barbara County Fire Department
Russian Scientists Know How to Deal With Oil Spill Consequences
Every year Russia produces about 3.3 million tons of plastic waste that uses about 10 hectares of lands that could otherwise be used for agricultural purposes. Meanwhile, many regions have accumulated large amounts of potentially biodegradable waste from woodworking, agricultural, textile and food industries, which is so far not being used.

Scientists from the Plekhanov Russian University of Economics came up with an idea to kill two birds with one stone. They created biodegradable compositions based on polyethylene which goes together with natural fillers: linen shoves, sunflower husks, wheat chaff, straw or sawdust.

"We learned how to create a new class of materials, biocomposites based on low-density polyethylene and lignocellulosic fillers," said Pyotr Pantyukhov, the head of the laboratory at the Plekhanov University. "Our materials will significantly reduce the level of pollution of nature from packaging because we use cheap industrial and agricultural waste, which makes up 30 to 70% of the resulting composite. The final product costs the same or even less than traditional polymers," he explained.

© AFP 2020 / ANDREJ ISAKOVIC
Pushing Waste Sorting Habit First Step in Sustainable Garbage System, Say Experts
According to the scientist, work on obtaining similar materials is now underway around the world. US scientists use hemp, cotton, banana fiber and coffee husks as natural fillers; bamboo is used in China, jute in India and sugarcane stalks in Brazil. The main problem is to combine fillers with the polymer so that the resulting material would maintain its ability to dissolve, and Russian scientists have achieved this.

Work to create the materials and study them has been jointly carried out with the Institute of Biochemical Physics of the Russian Academy of Sciences. The results were published in the Journal of Polymers and the Environment.