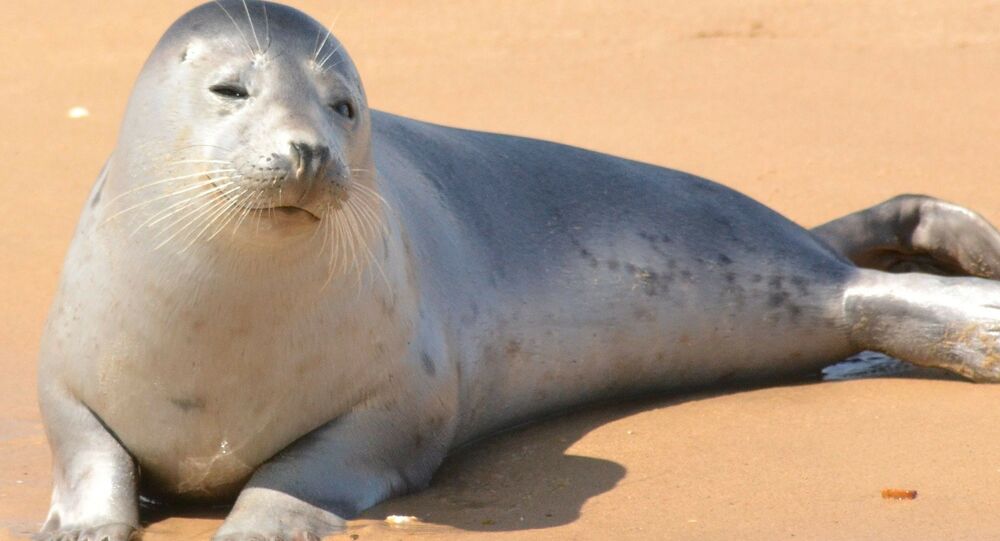 Nordics' love of animals is legendary. This year, tens of thousands of Finns flocked to an online broadcast from Lake Saimaa to catch a glimpse of Pullervo the fat seal, who involuntarily became the mascot for a major seal conservation effort.

© Photo : Pixabay
Sassy Seal Gets Ejected From Swedish Town After Irking Police
Last year, Finland debuted Norppalive, a live broadcast of red-listed ringed seals on Lake Saimaa, to raise awareness and bring attention to the extinction of endangered species. A particularly chubby male seal became the star of the Finnish internet last year, as he became the first one to appear in front of the live camera installed by the WWF. The name of the plump internet star with flippers was chosen by popular vote. Finns dubbed their new darling Pullervo, which means "chubby" or "round."

This year, Pullervo re-appeared again in front of the webcams, to the joy of thousands of Finnish spectators, the Finnish daily Hufvudstadsbladet reported. Last year, Norppalive was visited by up to 180,000 people a day on peak days. This year, 100,000 users visited the channel. The clumsy animals come aground on their favorite rocks to bask in the sun, sometimes for hours at a time.

​Watching seals sitting on a rock is a relaxing pastime that appeals to the fans of "slow TV," which is gaining popularity in Nordic countries. Previous examples of such peculiar broadcasts include that of hours-long train journeys or sea cruises through scenic landscapes. The most recent addition to this collection is a weeklong minute-by-minute video of reindeer migrating from their winter home to their summer grazing areas by Norwegian national broadcaster NRK.

At 4,400 square kilometers, Lake Saimaa is Finland's largest, and Europe's fourth largest lake. In addition to the Saimaa ringed seal, the Saimaa salmon is another endemic species.