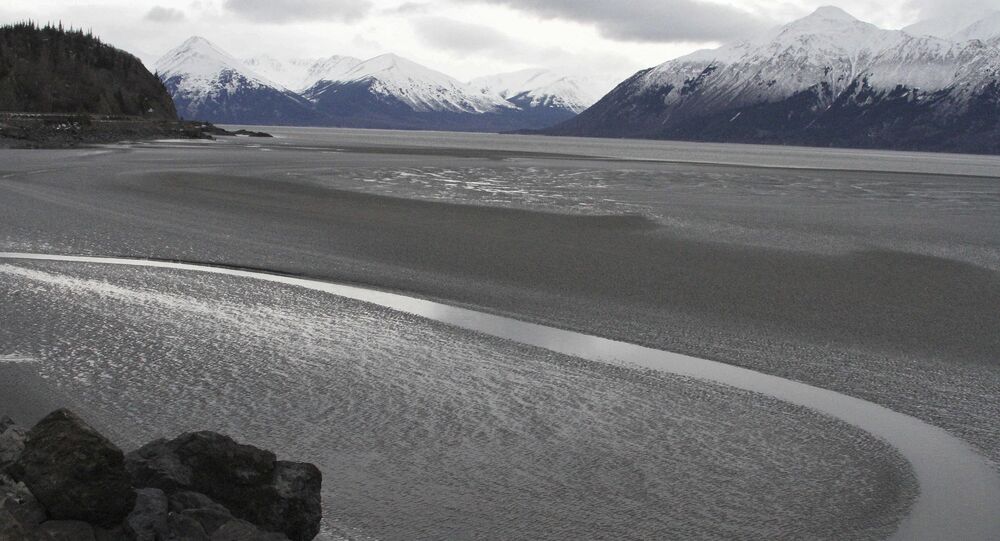 Hilcorp Alaska has discovered the origin of the leak responsible for spewing gas into Alaska's Cook Inlet, which is home to an endangered beluga whale population.

MOSCOW (Sputnik) — On Friday, Hilcorp sent divers to look for the leak, which may have started as early as December but ice cover prevented any work from being carried out. The company, which is already under watchdog scrutiny, discovered the leak in February and shut down two platforms in March while maintaining minimal gas pressure.

"The leak point, approximately two inches in length, was noted to be on the very bottom of the pipeline resting on a boulder embedded in the seafloor," the company said in a statement.

Divers have already begun work to repair the leak point in the 20-centimeter pipe, the company added, noting that it will then commence further inspections and permanent repairs of the affected segment.

"The line will not be returned to service until permanent repairs have been completed, the line has been pressure tested, and regulators have approved a re-start," the statement said.

© Photo : Twitter/ Caelus Energy Alaska
Obama Team Releases New Study Defending Oil Drilling in Cook Inlet, Alaska
Hilcorp is also looking into two other possible leaks. On Monday, a gas pipeline was emptied after the discovery of a metering discrepancy during investigations into February's leak. On Saturday, another platform was shut after workers saw a release of crude oil following an apparent impact of an object into the platform. The company later said that no oil leak was detected following an investigation.

Ecology activists have accused Hilcorp of causing damage to the local environment of Cook Inlet, while the company denied that its leaks had any adverse ecological impact. The bay is home to a distinct and genetically unique isolated beluga population of some 350, which has dwindled from over 1,000 over the past decades.