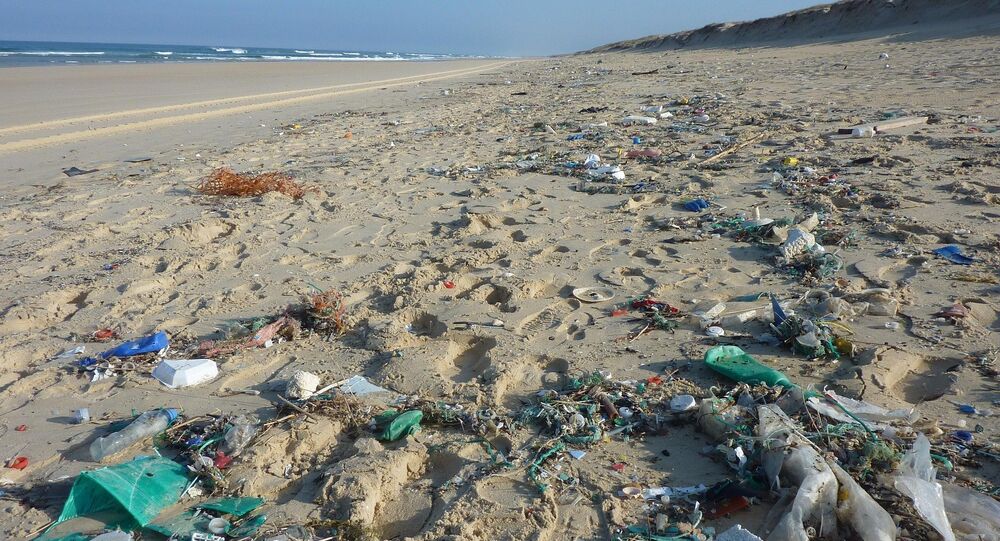 The Arctic region, which is often referred to as one of the few pristine regions left in the world, has come under an avalanche of plastic garbage. Tons of poisonous plastic waste from afar gets washed ashore in sparsely populated northern Norway, which has an impressive reputation of being eco-friendly.

© Flickr / Robin
What a Dump! Sweden's West Coast Littered With Foreign Garbage
The latest alarm comes from the Norwegian Maritime Authority, which has found a level of plastic pollution in the Barents Sea corresponding to 6 tons of garbage per square kilometer.

Kjersti Busch of the environmental organization SALT, which has its headquarters on the Lofoten islands in northern Norway, has partially blamed the fishing industry for the pollution.

"Lost or dumped fishing nets can continue to ensnare fish and other marine animals for years in 'ghost fishing,' where no one actually takes care of the catch," Kjersti Busch told Swedish national broadcaster SVT.

Despite Norway's own fishermen being identified as polluters, much of the plastic washing ashore is from other parts of Europe, and even other continents.

"We have actually encountered plastic debris coming all the way from the United States," Bo Eide from the environmental office in Tromsø Municipality in northern Norway told SVT.

© AP Photo / Phil Sandlin, File
World's Smallest Whale Species Risks Extinction in the Baltic
Bo Eide also heads the project Clean Coast, which organizes cleaning campaigns along the Norwegian shores. The Clean Coast project has been around for five years and over this time has fished up plastic garbage corresponding to 20 large containers.

In February, a stranded whale outside the city of Bergen on Norway's western coast made national headlines. The whale's stomach was filled with plastic instead of food, with 30 plastic bags and large amounts of other plastic debris removed during the post-mortem. The recovered plastic bits included candy wrappings, food containers and garbage bags. Some of the products retained fragments of text and could be traced to Norway, Denmark and the UK.

​"The finding is indicative of a worsening state of the oceans. Plastic is probably the world's fastest growing environmental problem. It is the real sea monster and we have to fight it," Norwegian Environment Minister Vidar Helgesen told Norwegian national broadcaster NRK.

© AFP 2021 / ANDREJ ISAKOVIC
Ambitious Ideas: 22-Year-Old Dutchman Plans to Clean Up World Ocean
In late March, the Norwegian government pledged 100 million NOK ($11.8 million) for a cleanup of the world's seas as part of the country's new maritime policy, which is characterized by sustainability, clean and healthy oceans and "blue growth." Norwegian Foreign Minister Børge Brende said that Norway must take a top international role in the renewable use of the oceans, given its century-long history as a maritime nation. In addition to its investment in combating marine litter and microplastics, the Norwegian government has also pledged to spend 5 billion kroner ($589 million) of its 2017 budget on overall climate-related measures in an effort to reduce the negative effects of climate change.

According to the Swedish Marine and Water Authority (HAV), about 6.4 million tons of debris is thrown in the world's oceans each year. Most of it is plastic, which is deadly for wildlife. Over a million birds and 100,000 mammals die each year due to debris in the oceans.

An earlier report by the World Economic Forum warned that if nothing is done to plastic emissions, there will be more plastic than fish in the oceans 30 years from now.