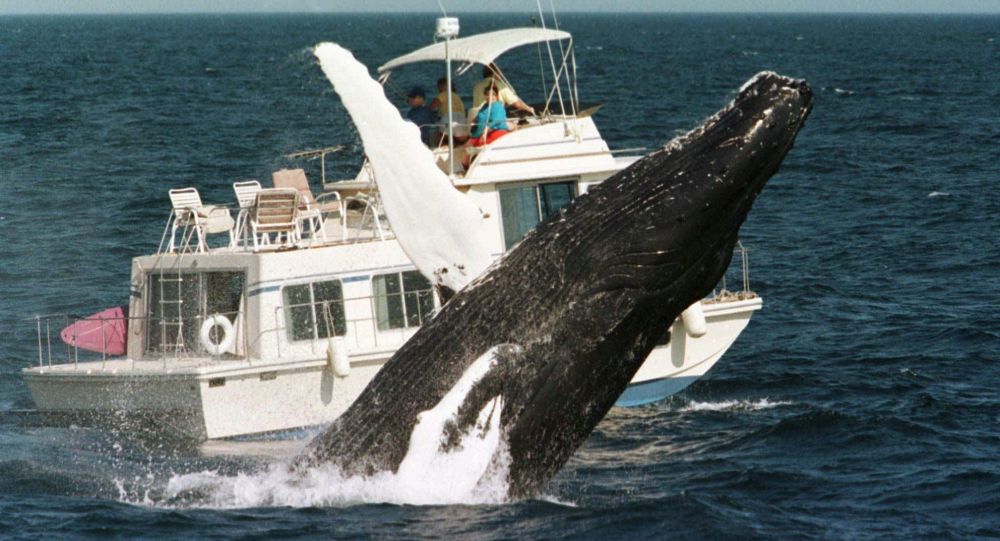 They are a solitary species, for the most part, with most of their lives spent alone. When they do form groups, they’re small and temporary. And yet groups of as many as 200 of the musical leviathans have been spotted off the coast of South Africa, and experts are stumped as to why.

The only time humpback whales are known to congregate in groups is during their breeding season — but not only is it currently the off-season for the 40-ton beasts, they typically breed in tropical waters only. In fact, humpbacks usually head to Antarctica to feed at this time of year.

#Breaking: for the 1st time in more than a century Humpback #Whales are feeding off #southAfrica in huge groups. The largest group over 200 pic.twitter.com/REIZ6ZIKYm

​The repeated sightings have led to a glut of speculation, but no concrete explanation. The leading theory is that the whales, the majority of whom are juveniles, are gathering to feed in these waters — a typical humpback eats 4,400-5,500 pounds of food daily, and feeds constantly.

But why the whales are gathering in unusual waters, and in such large numbers, is still a mystery. "I've never seen anything like this," said Ken Findlay with the Cape Peninsula University of Technology in the Arts, whose team has been tracking the whales since they began to congregate in 2011. "These are animals that normally are in groups of up to maybe three of four. To see 200 together in an area the size of a football field is remarkable," he told The New Scientist.

It is possible that this is an ordinary humpback behavior that humans have simply failed to observe until now. The whaling industry in the 19th and 20th centuries reduced humpback populations from an estimated 125,000 in the 19th century to fewer than 2,000 in 1966. A moratorium on the industry has allowed the population recover to 80,000, making them a "Least Concern" species among conservationists.

"It's possible that the behaviour was occurring but just not where it was visible," said Findlay. "Because there were so few of them, we may not have seen it."

Another possible explanation is that these meetings are common, but have usually taken place far from humans and so were not observed. That's the theory of biologist Alex Zerbini with Cascadia Research Collective.

"The social structure has not changed in humpbacks despite witnessing these super-groups," he said. "Rather, if you have large concentrations of food, the animals will gather around it and form large groups," he told SF Gate. The South African waters happen to be extremely food-rich, so whales go there to eat. No mystery here.

Roses are red
Oceans are blue
These humpback whales
Are plotting a coup https://t.co/rUXw5RI4Tl

​The other theory? Revenge on humans for nearly wiping them out. Humpbacks are pretty intelligent creatures, after all. They utilize complex communication techniques and have an impressive capacity to learn.

​Sputnik is reasonably sure that the whales are not plotting vengeance — and even if they are they have no way to get onto land or eat anything larger than a grapefruit due to their thin esophaguses. Still, the destructive power of a creature that weighs as much as a fire truck shouldn’t be underestimated. Caution is recommended to those going on whale swims.

I wanna go on the record as someone with tremendous respect for humpback whales. No one has more respect for them than me.