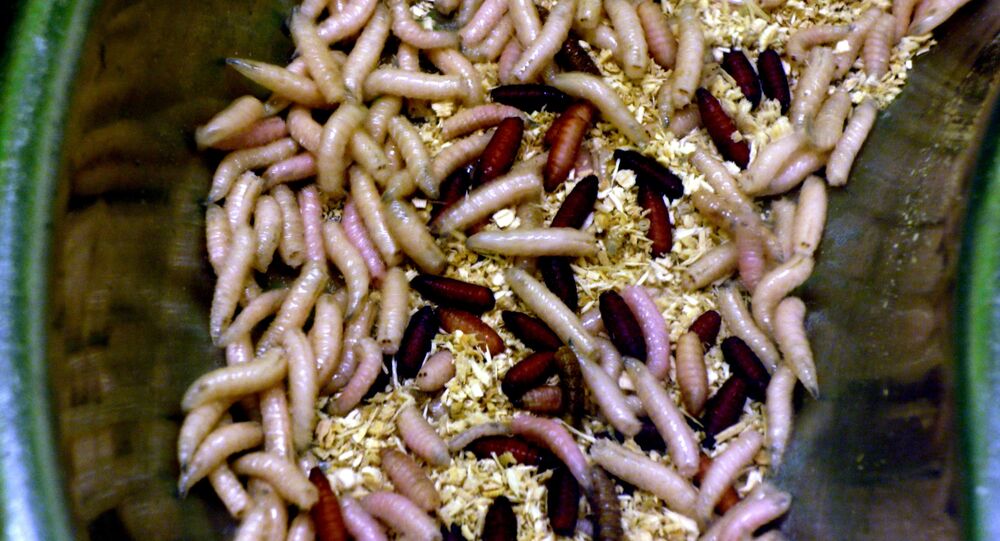 Being "green" naturally implies strength of mind. And sometimes even a hard stomach. At least this is true in Sweden, which is about to pioneer the world's arguably most disgusting method of food waste disposal ever. A disclaimer for the weak-stomached: it involves larvae.

© Flickr / Kim Ahlström
Burning Fat for a Better World: Finns to Convert Grease Waste Into Diesel Fuel
Turning food waste into animal feed using maggots provides a series of advantages compared to other methods of food waste disposal, according to a research project by the Agricultural University in Uppsala (SLU). The project has recently received funding to go ahead and build a pilot plant in the Swedish city of Eskilstuna, where millions of hungry maggots will eat at least one metric ton of food waste per day.

"It's like swatting two flies in one go, if you're going to get witty. We are about to replace eco-unfriendly feed and as a bonus make a profit on waste management," Björn Vinnerås, an associate professor of recycling technology at SLU, told Swedish Radio.

From SLU's own test facility in Uppsala, where maggots consume one kilogram of food waste per day, the project will be now scaled up to a pilot plant, where at least one ton per day will be consumed.

"To go through a ton, we will need about a half a million larvae each day," Björn Vinnerås remarked.

© Flickr / Kathrin & Stefan Marks
Fastidious Finns to Fertilize Fields With Festival-Goers' Urine
SLU maintains that this kind of large-scale "maggot composting" will become an interesting option both for municipalities and industries. According to Björn Vinnerås, it is technically much easier than building a biogas plant. Another angle to consider is the rising demand for protein, which in this case may be extracted and used in animal feed.

"We can double the income by getting a product that has a high commercial value. Proteins fetch a high price today on the world market," Björn Vinnerås said, claiming animal feed from maggots to be more sustainable than soya beans or fish flour.

There is only one problem, and it's a legal one. Today, it is still prohibited in the EU to feed farmed animals insects reared on animal substances. Nevertheless, Vinnerås is looking forward to an amendment of the legislation, due to a lot of pressure against EU lawmakers from agriculturalists, who would like to use insects as a cheap protein supplement.

The pilot plant will be completed this autumn, thanks to funding from Eskilstuna Energy and the Swedish Environmental Protection Agency.