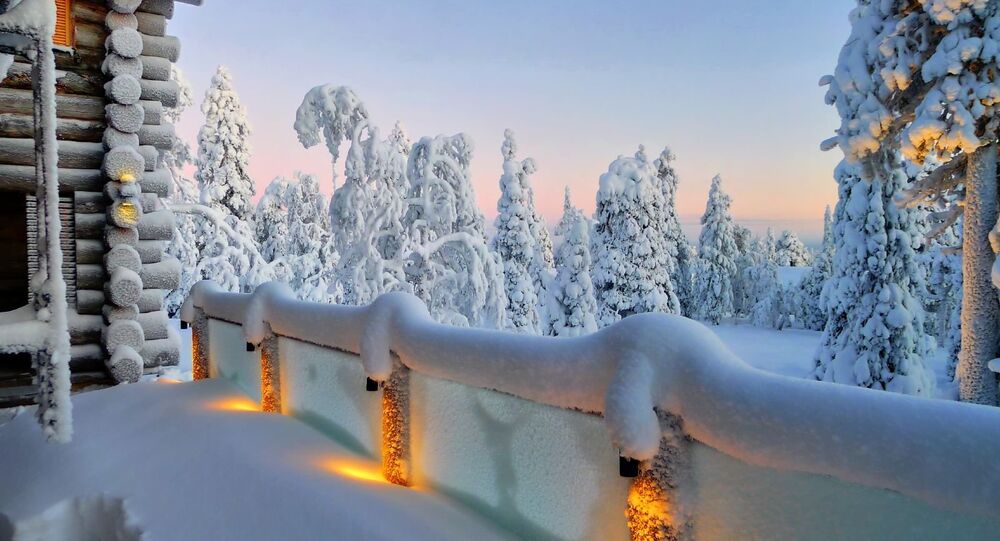 With the international community becoming increasingly worried about the implications of global warming on the environment, Finland is maintaining its good spirits and optimism.

© Photo : Youtube / 2Kusocheka
Other Fish to Fry: Finland to Farm Savory Russian Nelma
Whereas the news of atmospheric carbon dioxide reaching a 'point of no return' made international headlines in late September, Finland might remain a happy exception that looks at global warming quite positively.

According to Anne Berner, climate change in the Arctic shortens the distances between Europe and Asia by many weeks, using, among others, the Northeast Passage along Russia's Arctic coast, which will greatly improve global trade. Finland could play an important part in that development, Berner pointed out.

"I see climate change as an opportunity for Finland. We are a big country with plenty of forest and water. We are good at clean-tech and can help others solve environmental problems," Berner said.

© Flickr / Joe deSousa
Denmark to Feed Ships With Veggies to Cut Down on Fossil Fuel
Moreover, global warming could potentially give Finland and its other Nordic cousins, which are renowned for their chilly climate, a more southern European climate within the century. According to Professor Ari Laaksonen at the Finnish Meteorological Institute in Helsinki, Nordic agriculture is being stimulated by the increasing heat and carbon dioxide emissions. However, it is immoral to divide the world into winners and losers, he noted.

"Some people will naturally benefit, whereas others will be affected by droughts or floods," Laaksonen said.

According to him, not even Finnish agriculture will be doing well when the average temperature rises by ten degrees.

© AP Photo / Martti Kainulainen/ Lehtikuva
Ho ho ho! Finland Seeks to Save Rudolf With 'Reindeer Bell' App
However, the present-day development might not yet be a disaster, John Hassler, a professor of macroeconomics at the University of Stockholm, argued. According to him, enormous sums are now being spent on reducing emissions as some kind of insurance. His main concern, however, is that the world does not work against climate change in an economically rational manner.

"Discontinuing the practicing of burning coal is more important than a rapid giving-up of fossil-fueled road traffic. If the Chinese went over to electric cars, it would reduce the need for oil, but in return require more coal to power vehicles," Hassler said.

Finally, Berner's cheerfulness over global warming clearly contradicts EU estimates. According to EU-funded ClimateCost project, the cost of climate change in Europe could reach almost 4 percent of the EU's GDP by the end of the century.