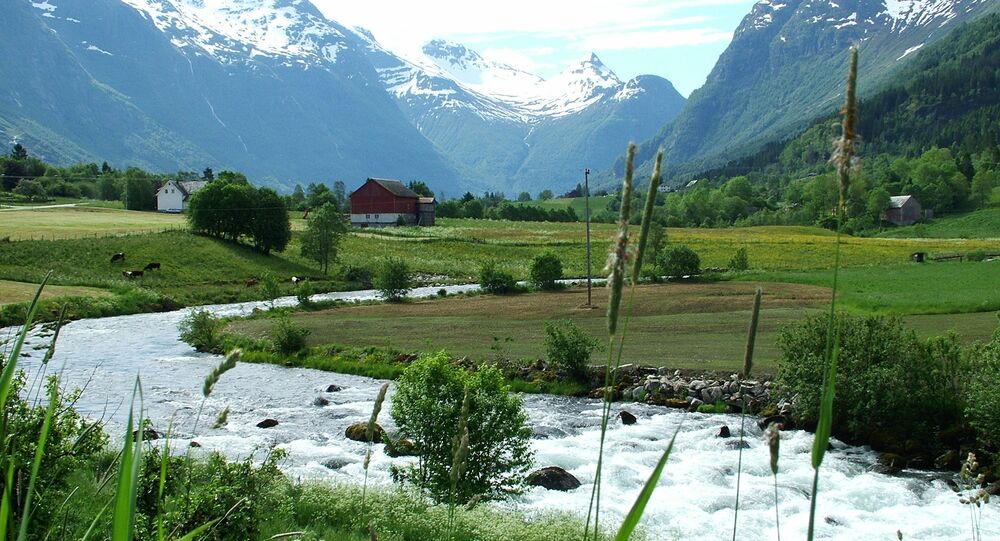 It seems that northern Europe is under siege not only from asylum-seekers, but the animal world as well. The number of alien species in Norway is increasing rapidly and at a much faster pace than scientists previously thought. Many do considerable damage to the vulnerable Norwegian nature and are a huge financial burden, researchers warn.

© REUTERS / Havard Kjotvedt/SNO/Miljodirektoratet/NTB Scanpix
Thor vs Santa: Lightning Strike Leaves Hundreds of Norwegian Reindeer Dead
The trend is crystal clear: the number of alien species is on the rise, scientists from the Norwegian Institute for Nature Research (NINA) warn. The majority of the unwanted guests have escaped their habitat, got lost or arrived in Norway as "stowaways" together with imported goods, senior adviser Tomas Holmern of the Environment Directorate explained to Norwegian newspaper Aftenposten. According to him, most species that come with garden plants are insects and fungi.

The spread of alien species has been explosive and is increasing faster than ever. One of the most well-known instances is the dissemination of American mink. In 1927, the first fur farm with American mink started in Norway. Within a few years, a number of animals escaped, whereupon the American mink established itself across the whole country. The mink is a voracious predator, feasting on fish, eggs, chicken and even adult birds.

The answer to this weeks #TuesdaysTrack is the American Mink! learn more about minks at https://t.co/DoHec6yUq8 pic.twitter.com/dAYur0Q2VW

​The brown snail, which is believed to have sneaked in together with imported soil, was first spotted in Norway in 1988 and has since spread across the country. The brown snail is a renowned killer of chicks in nests on the ground or in low bushes. Remarkably, parent birds do not do anything to stop the invader, since the phenomenon is so new that it is not yet recognized as a danger.

Yet another instance is the garden lupine, which it is currently forbidden to sell at garden centers. The strong and stalwart lupine has been known to replace original Norwegian wildflowers. The spread of alien plants has prompted authorities to ban a number of plants that tend to extend themselves outwards of gardens.

​"We know that invasive species are a growing problem, and now we have documented the developments here in Norway for the first time," Ellen Hambro, Director of the Environment Directorate, told Aftenposten.

Senior Adviser Tomas Holmern says it is very important to work preventively, as it gradually becomes more expensive to remove the "occupants" once they have established themselves, he stressed. Lastly, researchers fear that more species will establish themselves permanently as the climate continues to change. Warmer and wetter weather would mean that more species will be able to survive and reproduce.