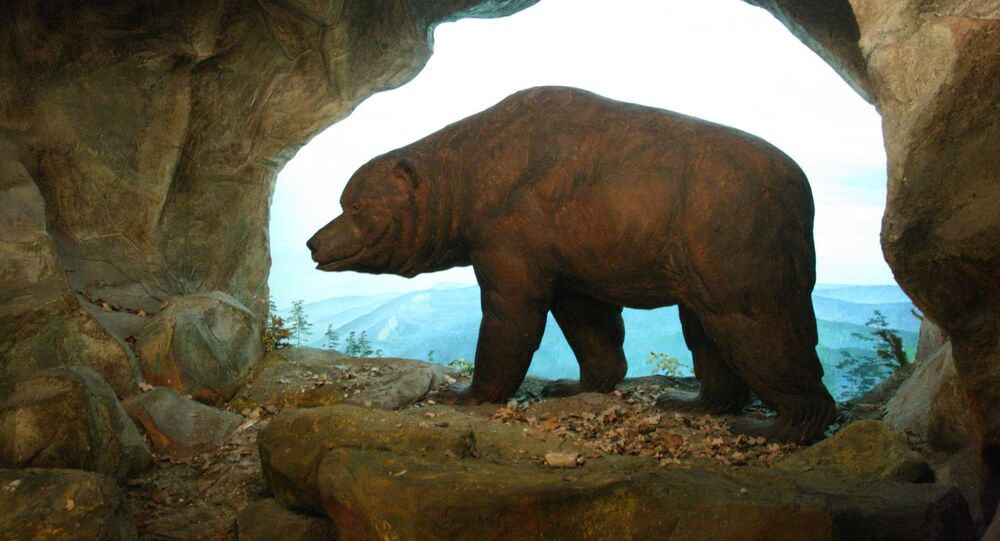 Ancient Cave Bears Went Vegan and Died Off as a Result

It's not just today that vegans are getting a "bad rap." A new science paper has revealed that 25,000 years ago, the cave bear, which used to roam Russia and Britain, became vegan... and subsequently ceased to exist!

"Eat your greens or you won't get dessert!" How many of us have heard that before? Well, this summer has provided fussy children with plenty of ammunition against mothers insistently pushing celery and spinach in front of them.

Scientists say that the Cave Bear — a 12 foot long, 5 foot tall cousin of the Brown Bear — went extinct 25,000 years ago due to its vegan diet.

They once roamed present-day Russia and the United Kingdom, as well as Spain for hundreds of thousands of years. However, the bears eventually perished due to what scientists are calling an inflexible diet.

"The Cave Bear is a very different story [compared to Brown Bears]," Dr. Herve Bocherens, of the Senckenberg Center for Human Evolution and Palaeoenvironment in Germany, said.

"According to our newest findings, these extinct relatives of the Brown Bear lived on a strictly vegan diet."

I didn't read the full article, but the lead makes it clear that all vegans will be extinct soon. Goodbye, Andrew.… https://t.co/Y3SPkNsA6u

Bones from the Goyet Caves in Belgium were examined by an international team. Bocherens also compared the eating habits of the Cave Bears to modern-day giant pandas, which are also picky diners.

"We assume that this unbalanced diet, in combination with the reduced supply of plants during the last ice age, ultimately led to the Cave Bear's extinction," he said.

Indeed, veganism has certainly been having a very rough summer this year. Earlier this month, the Italian parliament announced it will vote on whether to criminalize parents who force their children into "radicalized" diets such as veganism.

Italian politician Elvira Savino, the deputy of the right-wing Forza Italia party, proposed the controversial bill that would hold parents legally responsible for feeding their children under 16 "a diet devoid of elements essential for healthy and balanced growth."

The Italian Society of Food Science did reject the bill, with president Andrea Ghiselli arguing that diets containing excessive sugar and fat were of far greater concern to the development of children than veganism.

Then, on Wednesday (August 24), a celebrity Italian chef and television presenter sparked outrage by calling vegans a "sect."

Gianfranco Vissani allegedly made his comments on TV show "In Onda," adding that he would "kill them all".

Well, sadly for the Cave Bears, their own diet did the job.