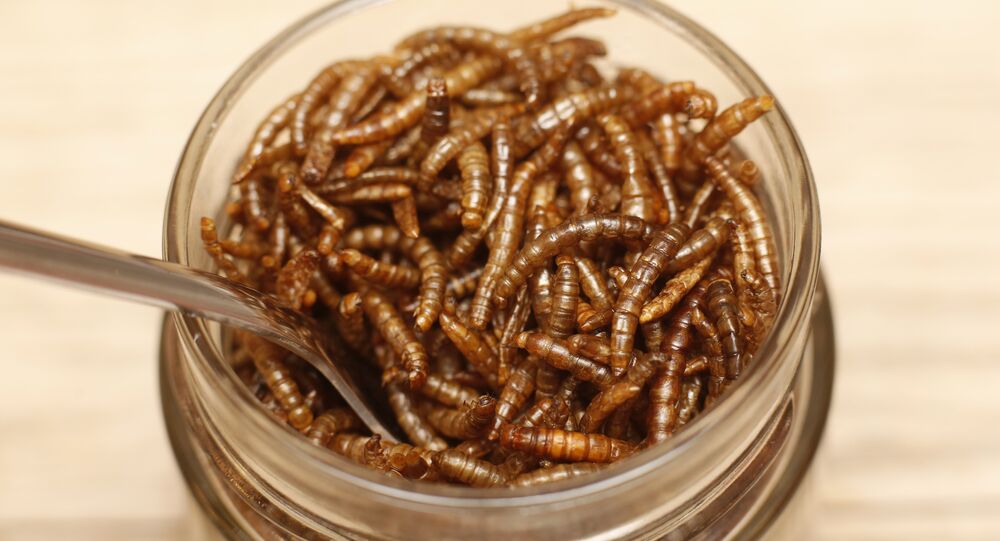 Living on Locusts and Wild Honey: Swedes to Enjoy a Diet of Insects and Algae

With the world's population steadily on the rise, the Earth is reportedly heading towards its hardest food crisis in history. To combat the imminent food crisis, Swedish scientists advocate the consumption of algae and insects as a future source of protein. Remarkably, their fellow Swedes are not all averse to this weird diet.

© Flickr / Dave Wild
No Milk and No Roses: Swedish Dairy Farmers Crushed by Sanctions
Future food production is facing major challenges. Already in 2050, two billion more people will exist in the world. Today, unsustainable practices still abound and leads to a huge wastefulness and risk of a global famine, Swedish scientists wrote in an opinion piece in Swedish newspaper Svenska Dagbladet, which envisaged steps for Sweden to become the world leader in sustainable and competitive food production.

According to representatives of the IVA Project, which focuses on resource-efficient business models to enhance the competitiveness of the Swedish food industry, some of the world's leading agricultural nations have already set ambitious goals and visions for industrial sustainability and resource efficiency. To keep up with this trend is said to be critical for the Swedish food industry to stay profitable and remain competitive in the future.

Sustainable and resource-efficient food production and consumption is crucial for the world to cope with population growth and other challenges. UN agriculture agency FAO pointed out that within just a few decades, mankind will have to produce 60 percent more food to survive than compared to 2007. Sales of sustainably produced foods have certainly increased in recent years, but more needs to be done, the Swedish researchers pointed out.

"Much of the food we eat affects the planet in a variety of ways, affecting both climate, water and biodiversity. If we continue to consume the Earth's resources at the same rate, it is the next generation that takes the hit. The entire food chain is compromised, if we fail to discard the current wasteful models," Louise König, sustainability director at Coop, wrote in her opinion piece in Swedish newspaper Folkbladet. Coop has been a strong supporter of organic food since the 1980s, encouraging shoppers to choose organically produced products.

© Flickr / Andrés Nieto Porras
Norway Goes Sci-Fi, Plans to Bridge Fjords With Floating Tunnels
In line with her fellow nutritionists, König advocates the consumption of algae, insects and synthetic meat as the foremost alternatives to achieve sustainable agriculture. According to her, algae contain a lot of protein, vitamins and healthy fats. Additionally, they do to not need to be watered or fertilized, they help to absorb phosphorus and nitrogen that leaks into ground from traditional agriculture. According to König, mankind does not have to completely abandon its current eating habits to eat sustainably. However, it is time to think in completely new ways. Remarkably, a significant proportion of her fellow Swedes share this notion.

According to a survey, performed by pollster SIFO on behalf of the grocery chain Coop, 56 percent of Swedes are willing to eat algae in the future, as opposed to 27 percent who are positive to synthesized meat and 19 percent who would eagerly say yes to a diet of insects. Overall, men were revealed to be more open towards unconventional, yet sustainable eating practices. Also, younger people were more positive in comparison to the older generations. In total, 1,000 handpicked Swedes were polled by Sifo in June 2016.

"New materials bring out new ways of cooking. Since we are all about to eat more sustainably, it will give us exciting taste experiences we have never lived through before," Paul Svensson, jury member for Coop's organic brand Änglamark Prize and Stockholm chef, committed to sustainable gastronomy, said.