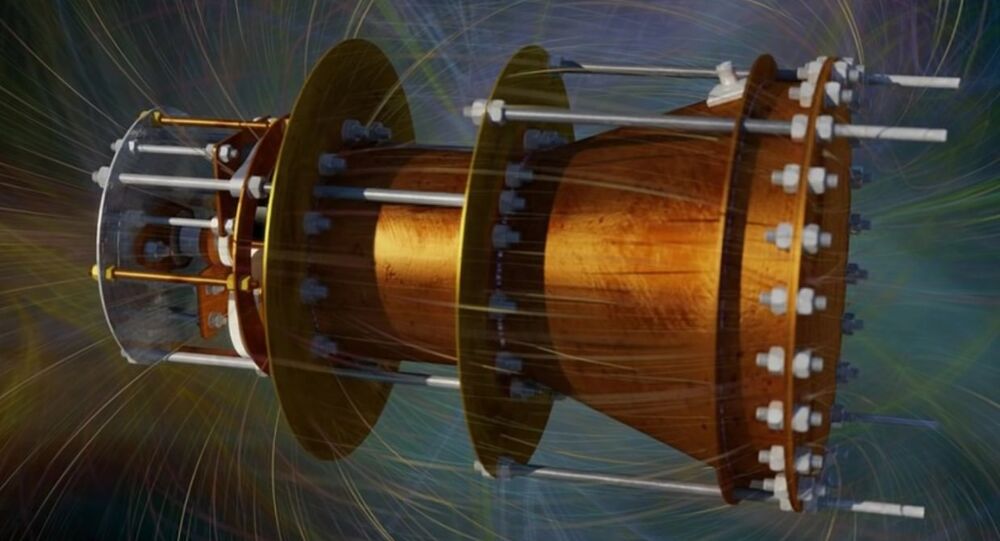 A researcher from the UK has put forward a theory for how the EmDrive, an electromagnetic propulsion drive, might work, a question which has puzzled scientists since Roger Shawyer first designed the system in 2001.

© Photo : voentv.mil.by
Russia’s, China’s Real Hypersonic Gliders Able to Break US THAAD System
The electromagnetic propulsion drive (EmDrive) has puzzled physicists since aerospace engineer Roger Shawyer first put forward the theoretical propulsion system, which appears to go against one of the fundamental laws of physics, the law of momentum conservation.

Shawyer proposed that a propellant-less thruster, capable of launching satellites into the far reaches of space, can be created by repeatedly bouncing microwaves back and forth in a truncated cone, which creates thrust towards the narrow end of the cone.

However, Shawyer was not able to explain how the system is able to increase its momentum; this contradicts the law of momentum conservation, which states that momentum is neither created nor destroyed, but only changes through the action of forces, as described by Newton's laws of motion.

Despite the theoretical uncertainty, Shawyer's controversial technology has been found to create small amounts of thrust by scientists in China and most recently by a NASA experiment, which successfully tested the EmDrive in a vacuum for the first time.

© NASA . ESA, Hubble SM4 ERO Team
Barred spiral galaxy NGC 6217
A recent study by Michael McCulloch, a physicist at Plymouth University (UK), has now put forward a hypothesis for how the controversial system might function, based on a new theory of inertia, the resistance of all massive objects to changes in motion or accelerations.

According to McCulloch, inertia arises from an effect predicted by general relativity called Unruh radiation, the notion that an accelerating object will observe black-body radiation, so the background appears to be warm.

© Photo : Breakthrough Prize Foundation (via Livestream)
The Science Behind Starshot: Interstellar Exploration Powered by Lasers and Mobile Phones
The theory holds that in the detection of this thermal background the emission of real particles can be triggered.

"More than eight tests in four independent labs have shown that when microwaves resonate within an asymmetric cavity, an anomalous thrust is generated pushing the cavity towards its narrow end," McCulloch wrote.

"This force can be predicted fairly well by using a new model for inertia which assumes that the inertial mass of the photons is caused by Unruh radiation, whose wavelengths have to fit exactly inside the cavity so that the photons’ inertial mass is greater at the wide end."

"To conserve momentum a new force appears to push the cavity towards its narrow end, and the predicted force is similar to the thrust observed," he explained in the paper, published on ArXiv.org.