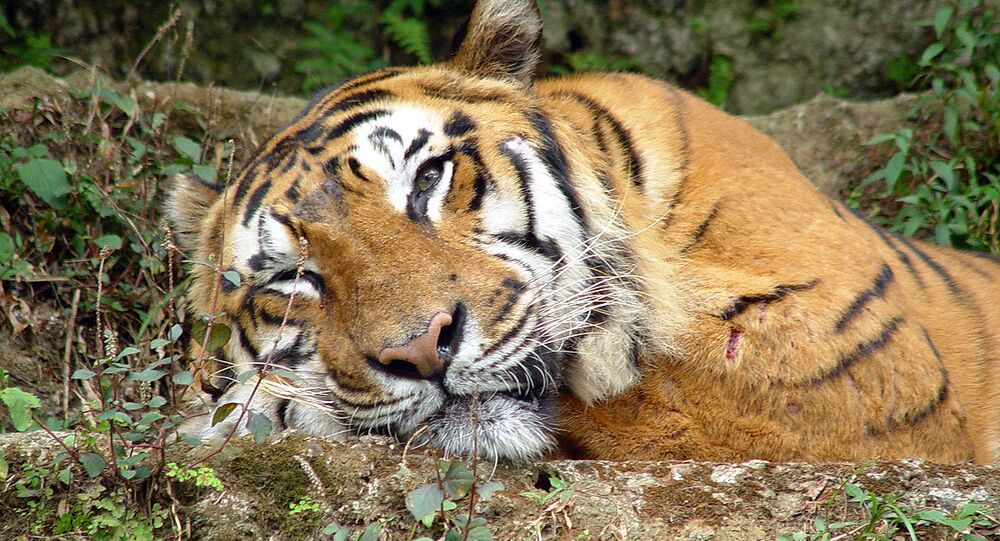 In a week when the World Wildlife Fund said the country’s tigers are functionally extinct, both officials and researchers continue to plot efforts to reintroduce the majestic animal to Cambodia’s forests.

On Wednesday, the World Wildlife Fund (WWF) declared tigers "functionally extinct" in Cambodia, only six years after 13 countries pledged to double the number of wild tigers by 2020. According to the organization, the last wild tiger in the country was observed in 2007 by a hidden camera in the Mondulkiri Protected Forest.

In the wake of the news, Cambodia, one of the 13 countries in the world where the tigers were observed, approved a plan to reintroduce tigers into the protected Mondulkiri forest in Eastern Cambodia.

"We want two male tigers and five to six female tigers for the start," said Keo Omaliss, director of the department of wildlife and biodiversity at the Cambodian Forestry Administration.

It’s a daunting task, but repopulation remains a strong possibility. Researchers provided promising news last week, finding that forest loss was less than expected in traditional tiger habitats, such that there remains enough space for tigers to reintroduced if existing habitat is preserved.

One of the study’s authors, Anup Joshi, noted that habitat preservation is especially critical for tigers because they "need large areas to survive." Joshi, a conservation biologist at the University of Minnesota, believes that out of 76 conserved landscapes in the country, 29 remain in which tiger populations could be resettled.

"Understanding this factor was hard in the past because of a lack of data and resolution of data," said Joshi. However, with the expanse of easily accessible satellite data in recent years, researchers are able to map habitat stress better than ever before.

Another challenge within Cambodia is governance and regulation against poaching, in the event that tigers are reintroduced. Nepal is one such example of a country that used tourism and revenue sharing with locals to disincentivize and police poaching.

The Next Enron? Pentagon Bankruptcy Could Lead to Global Crisis

SpaceX Could Re-Launch Falcon 9 in June