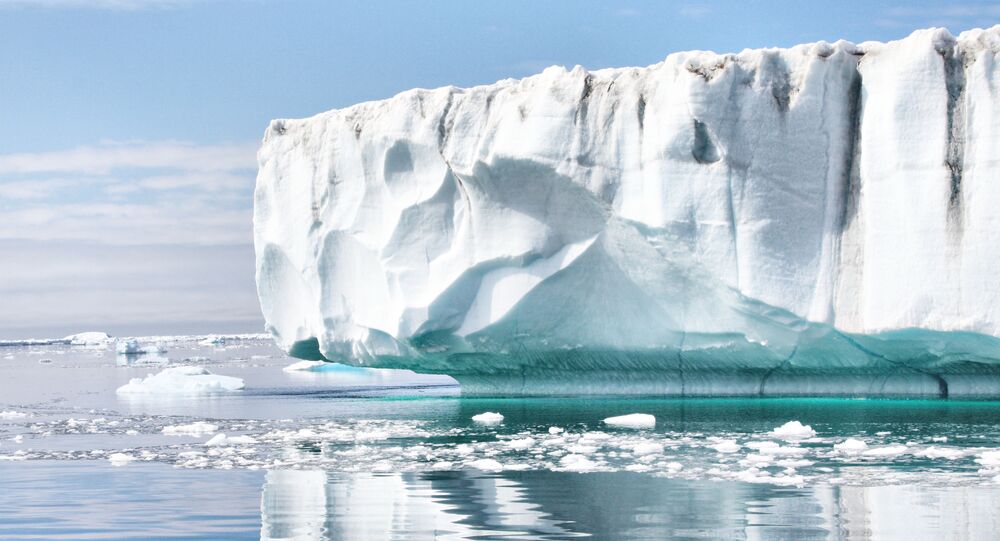 For the last 10,000 years, the Larsen B Ice Shelf has clung to the edge of the Antarctic Peninsula. Two-thirds of that mass collapsed in 2002, and according to a NASA study, the remainder could break away and disintegrate by 2020.

Sitting alone at the bottom of the world, the Antarctic continent has a number of massive ice shelves which hug the land’s perimeter. Some can be over a half-mile thick, a sheer wall of ice plunging into the water.

With the rise in global temperatures, those behemoths are melting quickly. According to some estimates, the complete disappearance of Antarctica’s ice could result in a sea level rise of 240 feet.

According to a new NASA study based on radar information and airborne surveys, one of those ice shelves will melt completely in just the next five years. While most of the Larsen B Ice Shelf collapsed in 2002, the remaining chunk still covers approximately 625 square miles, roughly half the size of Rhode Island.

"These are warning signs that the remnant is disintegrating," lead author of the study, Ala Khazendar, said in a statement. "Although it’s fascinating scientifically to have a front-row seat to watch the ice shelf becoming unstable and breaking up, it’s bad news for our planet."

The shelf is over 1,640 feet thick in some places, and the next few years will see large cracks forming along the Larsen B. Those fissures will then cause the shelf to break away from the continent completely, where it will fracture into smaller icebergs before melting into oblivion.

"What is really surprising about Larsen B is how quickly the changes are taking place," Khazendar said. "Change has been relentless."

© Wikipedia / Public Domain
The collapse of Larsen B, showing the diminishing extent of the shelf from 1998 to 2002.

The release of the water locked into the Larsen B is certainly one concern, and is another troubling indication of rising sea levels. But ice shelves also serve a specific purpose on Antarctica, preventing the massive glaciers in the continent’s interior from sliding into the sea.

Without Larsen B, many of those glaciers will slowly creep into the ocean.

"This study of the Antarctic Peninsula glaciers provides insights about how ice shelves farther south, which hold much more land ice, will react to a warming climate," said Eric Rignot, the study’s co-author.