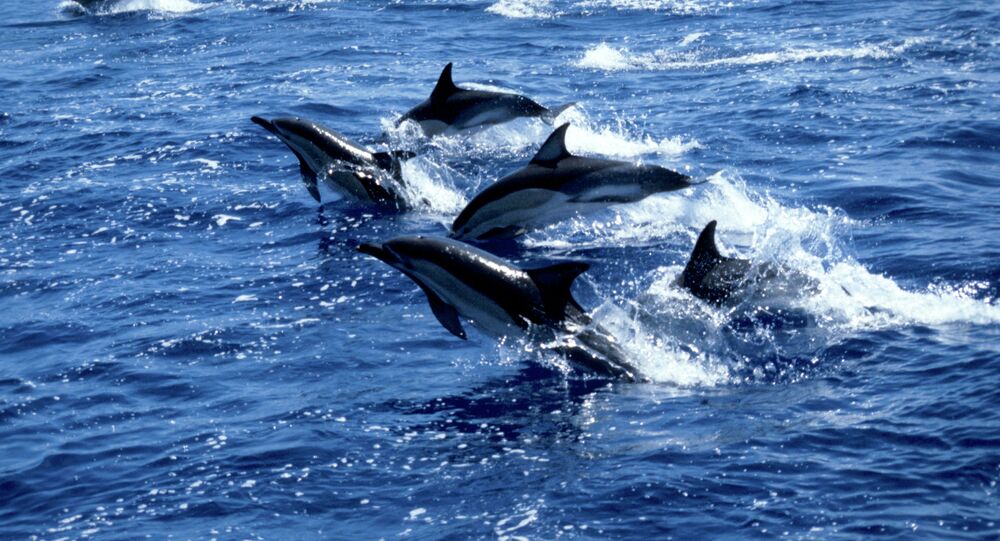 Humans aren’t the only intelligent species on the planet. Chimpanzees have been documented sharpening spears for hunting, elephants have been recorded coordinating in groups to accomplish common goals, and a new study shows that dolphins can be as picky about their friends as a high school cheerleader.

There are many factors one can consider when determining whether a species is intelligent. The use of tools shows a high level of creative problem solving, and has been demonstrated by crows, octopi, and even fish. Empathy is another powerful indicator, proving an awareness of self, and the ability to project that awareness onto another.

Social connections are another key sign, and a new study conducted by scientists at the Harbor Branch Oceanographic Institute (HBOI) shows the complex network of friendships dolphins can have.

The team closely monitored interactions between nearly 200 bottlenose dolphins in the Indian River Lagoon over a six-and-a-half year period, and through these observations were able to learn about the behavior and habitat preferences of the species.

The behaviors exhibited include both preference and avoidance behavior. Meaning, just as you prefer to hang out with your old college roommate over that jerk down the hall who keeps stealing your newspaper, so too can dolphins be choosy in their friendships.

Also similar to humans, the study showed that dolphins have a tendency to cluster in like-minded communities, and tended to stick to generally agreed upon areas of the lagoon. A jocks at this table, nerds at this table, kind of situation.

"One of the more unique aspects of our study was the discovery that the physical dimensions of the habitat, the long, narrow lagoon system itself, influenced the spatial and temporal dynamics of dolphin association patterns," said Elizabeth Murdoch Titcomb, research biologist with HBOI.

The study also found that the specific geography of where those groups chose to cluster affected how they interacted.

"For example," Titcomb adds, "communities that occupy the narrowest stretches of the Indian River Lagoon have the most compact social networks, similar to humans who live in small towns and have fewer people with whom to interact."

The report could provide a crucial framework for further studies into dolphin populations. But if you get snubbed the next time you try to join a porpoise pick-up basketball game, don’t take it personally when they roll their eyes and turn away. Dolphins only, bro.

Say Cheese: For $2 Bucks This Octopus Will Take Your Picture