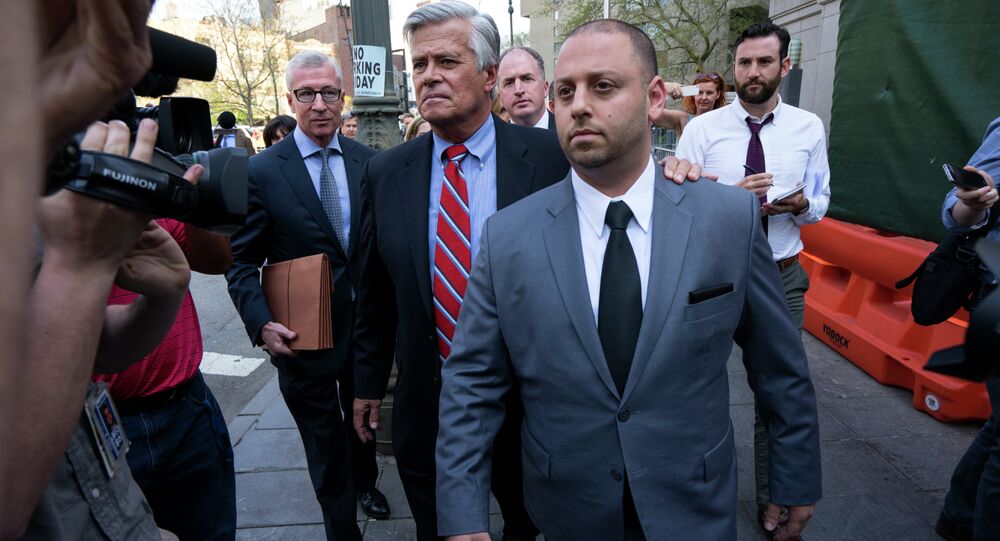 Though fracking was banned in New York State in 2014, a new case filed by federal prosecutors on Monday brings allegations against the state’s senate majority leader. It’s a bizarre case, blending code words, wiretaps, bribery, and nepotism, all under the distorting haze of shale gas.

A tape recorder caught New York Senate Majority Leader Dean Skelos saying these words. They’ve been entered into a complaint filed against him by US Attorney Preet Bharara.

The case alleges that Skelos took kickbacks from environmental development companies in exchange for either fracking permits or legislative maneuvering in favor of the controversial practice. The amount received was hundreds of thousands of dollars, all paid to Adam Skelos, the Majority Leader’s son.

"This case involves a scheme by defendant Dean Skelos…and his son, defendant Adam Skelos, to monetize Dean Skelos’ official position by extorting money from others for Adam Skelos, with the expectation that such payments would influence the official actions of Dean Skelos," FBI agent Paul Takla wrote for the complaint.

As part of that scheme, the complaint reads, the younger Skelos received $20,000 from real estate developer Glenwood Management. But in a far more lucrative deal, he also took nearly $200,000 from an environmental technology firm, known as AbTech Industries, in $4,000 a month installments.

Adam Skelos came to depend so heavily on the bribery money that at one point he told his father that AbTech had to survive, otherwise he would "lose the ability to pay for things," according to the complaint.

Throughout the arrangement, father and son became increasingly paranoid – for good reason. They insisted on using a prepaid "burner" phone. They also used FaceTime video calling to avoid leaving a trail on their phone bill.

"It is," his father agreed.

This was all during the lead up to December 2014, when Governor Andrew Cuomo officially banned fracking in the state. Following that announcement, Adam Skelos called his father in a panic, and using specially coded language, expressed his concerns that he would no longer be able to support himself.

"Ok [Lobbyist whose name is withheld] is going to call you. We’re going to refocus on that other stuff, ok?" Dean Skelos responded, referring to stormwater projects the two men had also considered taking advantage of.

"Dean Skelos’s support for certain infrastructure projects and legislation was often based, not on what was good for his constituents or good for New York, but rather on what was good for his son’s bank account," Bharara said, according to Courthouse News. "By now, two things should be abundantly clear. First, public corruption is a deep-seated problem in New York State. It is a problem in both chambers; it is a problem on both sides of the aisle. And second, we are deadly serious about tackling that problem."

Only months ago, Bharara also charged former Assembly Speaker Sheldon Silver for bribery, and is currently investigating Governor Cuomo for his role in shutting down a government panel responsible for sniffing out, of all things, government corruption.

US to Get Final Fracking Rules on Friday