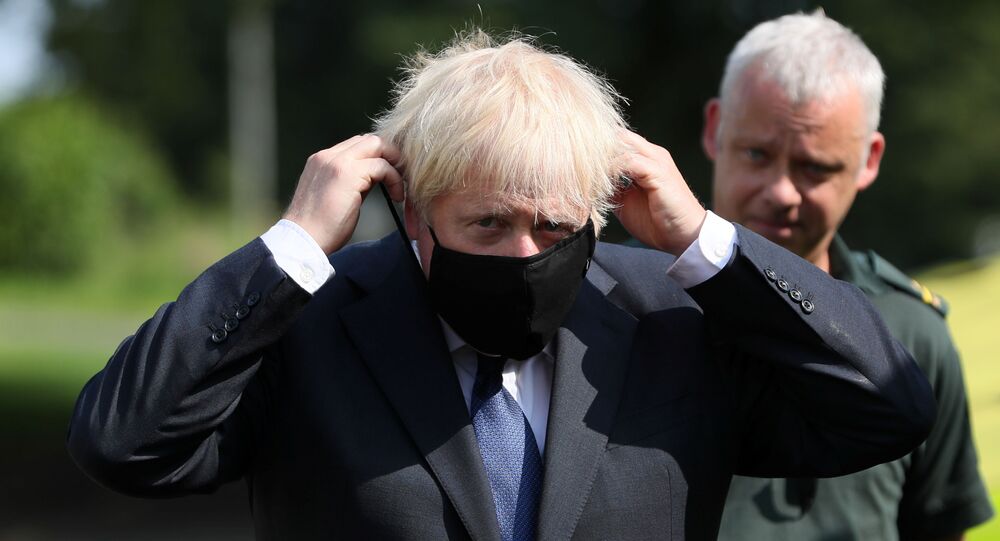 Panic on the Pandemic!

Boris Johnson is acting like a manic fanatical reformed smoker. He needs to calm down. I know that he had a near-death experience with Covid-19 but Boris that doesn’t mean that everyone else is going to die.

I don’t want to be rude but if Boris had followed his own advice and not been so keen to shake everyone’s hand then maybe, just maybe, he wouldn’t have gone down with the virus.

Harsh but true. But now we have PANIC on the PANDEMIC and it is making me feel really sick.

I agreed with the lockdown but wanted it earlier, much earlier. We had a two week lead-in time from seeing what Italy and Spain were going through but Boris dithered and delayed. He carried on shaking hands, telling us masks were not necessary and allowing big sporting events to go ahead.

He was following the science, so he said, in that video with Jenny Harries on March 12, and look where that’s got us?

Boris was elected with a massive majority because we bought into his optimism and ‘can do’ attitude.

We really believed him when he stated that he would get Brexit done. We thought he was a real conservative and a libertarian but since his recovery, he has morphed into a panic-stricken authoritarian.

He is desperately trying to make up for the lost time and cover up the massive mistakes he has made in dealing with the virus and following his science.

Now it emerges that most of the cabinet are against the new stupid ‘Rule of Six” and that it was Matt Hancock(up) and Whitty (he doesn’t make me laugh) who forced him into it.

So that’s the bloke who effed up the app and wasted 11 million pounds on it and thought he could do better than Google and Apple and the scientist who also caught the virus! That really inspires confidence. NOT!

When I watched Boris’s press conference it appeared to me that even Boris wasn’t that convinced by this rule of 6 strategy. There was no energy, no classical allusions and just no ‘Boris’ in his address to the nation.

I know he is losing weight but he seems to have lost his balls and spine already!

The idea of recruiting an army of Blakeys from On the Buses, Victor Meldrews and Warden Hodges from Dads Army is a joke but I’m not laughing and nor will the public when they decide to completely ignore these new laws from the Tory High command.

Hancock(up) hasn’t even clarified what powers these ‘Hi-Viz stormtroopers’ will have to break up our Christmas dinner with granny.

The police don’t appear to have been consulted and are as confused as the rest of us.

How will Boris cope with his own Christmas arrangements? I mean he has more kids than the bloody Waltons!

Are we really meant to swallow that the virus won’t get us in the workplace, schools or when we are eating out to help out, but that it will kill us in our own homes if we have a Christmas buffet?

It’s nonsense and nonsensical and will just make people more likely not to follow any of the existing rules that have clearly worked in flattening the curve.

But now we are going to have a nation of jobsworths replicate that famous Falklands quote from reporter Brian Hanrahan ‘I counted them all in and I counted them all back.’ Do we need to replace our front gate with a blooming turnstile?

Is a modern-day version of the Sweeney’s Jack Regan going to kick our door in and scream “put that turkey leg down: you’re nicked!”

Can you see who they will target in this new lockdown?

Correct: it will be the people who largely abided by the rules of lockdown 1, who are now seeing through the Government spin and have had enough of the government’s lack of clarity over policy.

Do you expect the Hi Viz Command to start mass arresting BLM protestors? Or how about the swampy Extinction rebellion mob who are trying to close down London and the Free Press.

The cops couldn’t even stop these ‘eco-terrorists’ from defacing and vandalising Churchills statue again last night.

No, these people will receive the usual liberal woke ‘get of jail free card’ whilst we get a hundred quid fine for pulling a wishbone with our sister in law.

Only a few weeks ago Boris was telling us it would all be over by Christmas.

© REUTERS / POOL
PM Johnson's 'Moonshot' COVID Testing is Waste of Resources & Likely to Fail, UK Health Experts Say
Well, in a way he’s correct because this year’s Christmas is cancelled. However, if he doesn’t get a grip quick and start getting the UK public on board with clear and well thought out policies his political career will certainly be over by late December.

I understand that the virus has not gone away and we obviously need to take it seriously and wash our hands, observe a social distance and even wear a mask in a shop. We need to protect the vulnerable and have proper efficient testing.

However, this latest attack on our civil liberties is a massive step too far and the British public just won’t stomach it.